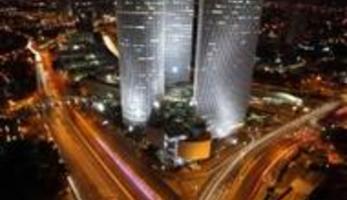 Efficient distribution of goods and services contributes not only to the city’s economic development but also improves the flow of traffic of all transportation modes, thereby reducing congestion and the negative environmental impacts of traffic. Development of organisational and technical frameworks for implementing goods logistics strategies is an important tool in achieving better logistical management of freight and goods.

The measure aimed at gaining a better understanding of freight movements within a designated area of the city centre. As the measure evolved it became increasingly clear that in order to pursue efficient goods logistics, a onetime effort should be replaced by a city wide, ongoing process based on broad cooperation among all the stakeholders concerned (city officials, businesses, distributors and suppliers).

The measure was adapted based both on the feedback regarding the organisational structure and the turnout at the public involvement meeting held in the demo area. The event was open to all the businesses and residents in the area but was mainly attended by distributors and suppliers. This adaptation reflected the insights gained: 1) that the measure needed to look at the city centre as a whole; and 2) that it is the supply chain that is most willing to work in partnership to develop more efficient goods logistics in the city through the establishment of a logistics forum.

The Logistics Forum met for the first time on 28 May 2015, with over 40 people attending. Around half of those attending were representatives of the major distributors, such as Coca Cola, Fed-Ex, UPS, Strauss Group, Wissotzky, Hogla-Kimberly and others.

The municipal departments represented included, among others, the strategic planning unit, the office of the city architect, licenses and permits, sanitation, and operations. The Forum met an additional five times during the measure’s lifetime with plans for more meetings in the future.