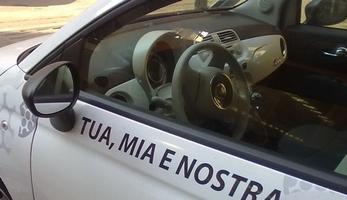 In Monza, which has a population of 120,000, there are currently 75,000 private cars registered. This leads to a high demand for parking, especially in the central areas of the city. A recent analysis carried out in Italy, shows that private cars are used on average for only 20 minutes per day. If more people used car sharing, several problems in the city would be limited.

Monza introduced a car sharing scheme in April 2007. At the moment there are three cars available for around 150 private subscriptions.

The aims of this measure are to:

After conducting a study aimed at promoting the extension of car sharing in the five districts of Monza and at identifying potential users of car sharing service, in order to better plan the strategy, areas where a high number of potential users have been identified so that an efficacious campaign has been realized.

In order to implement an already existing car sharing scheme (managed by Car Sharing Italia and activated with just one car, later with three), previous locations of cars have been reconsidered exploiting experience gained before the beginning of ARCHIMEDES and it has been decided to rationalize their positioning. A marketing campaign has been focused on all citizens, but with a special consideration for young people. 50 free subscriptions to car sharing service lasting one year (25 of which are reserved to citizens between 18 and 35 years old) have been offered by Comune of Monza. GuidaMI (car sharing service provider) has added a bonus for free uses, with the aim of promoting car sharing service in Monza.

Benefits have proved not enough to pay back costs afforded by the managing society. As a matter of fact, Guidami is maintaining its vehicles in Monza in order not to loose the achieved customers and because economic losses suffered in Monza are offset by revenues from Milan, thanks to the joint management of the service in the two cities.

A centralized national management could lead to an improvement of the activity as a whole through:

During the implementation of the measure, some barriers have been represented by difficulty in stimulating a change in the habit of using an owned car, in identifying the right communication strategy and in shifting towards a new cultural approach to mobility, also through the respect of parking places dedicated to car sharing vehicles. On the other hand, a strong political commitment, through the activation of facilities for car sharing users can be considered an important achievement to attract new users. 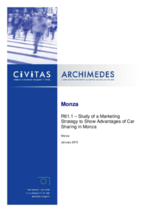 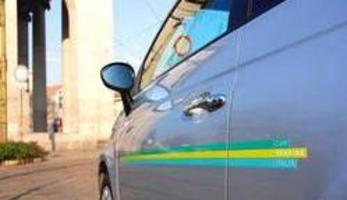 Two additional cars have been added to the car sharing scheme in Monza. The idea of the service is to provide a car to people who do not have their own, and to encourage...