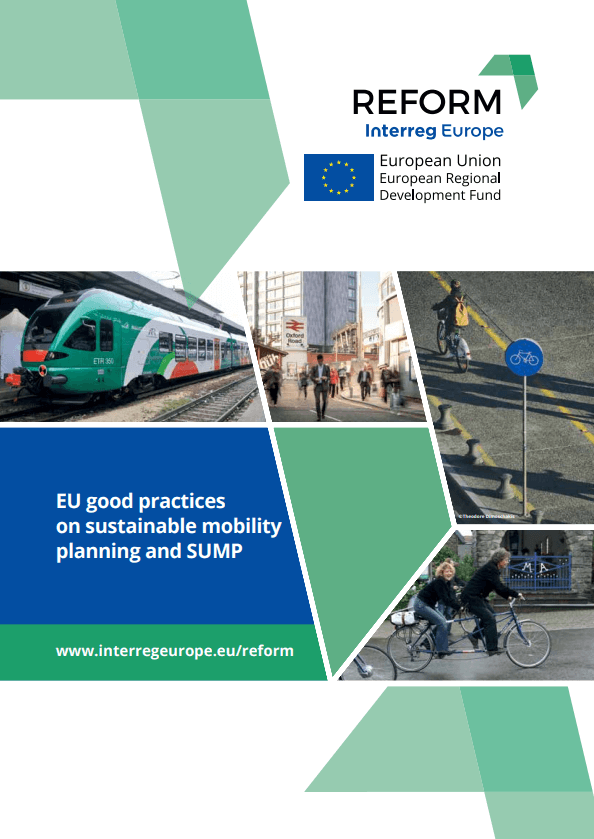 The REFORM project, which supports the implementation and deployment of SUMPs, has just published a collection of 26 Good Practices on sustainable urban mobility, including implemented initiatives, projects, processes and techniques that have proven successful.

The Good Practices have been selected for their potential to help regions to elaborate SUMPs at the regional level, to increase the number of cities in the region which elaborate a SUMP or to support the implementation of SUMPs in small and medium-size municipalities.

The 26 Good Practices come both from the four REFORM regions: Emilia-Romagna (Italy), Central Macedonia (Greece), Greater Manchester (UK) and Parkstad Limburg (Netherlands) and from other European regions and cities.

The Good Practices have been compiled into a single booklet: EU good practices on sustainable mobility planning and SUMP. In this compilation, each Good Practice is described into details in a two-page factsheet which highlights the relevance of the action in the implementation context, a concise analysis of its results as well as an analysis of its transferability in other regions and/or cities.