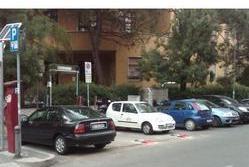 The Municipality of Bologna has issued a by-law on car-sharing parking areas. In August, Bologna Council allowed the exclusion of car-sharing vehicles from parking prohibition in some areas of the city centre. Furthermore, the by-law also allows free parking for car-sharing vehicles in all areas that are marked as paid parking, reserved for residents and “fast rotation”.

Bologna Council is clearly committed to rewarding and increasing car-sharing use in the city, giving more flexibility to parking, as foreseen as part of the measures it has undertaken under the CIVITAS MIMOSA project. The benefits are two-fold, helping both car-share users and the city. For many people, it makes car-sharing a financially viable and smart alternative to purchasing one’s own means of transport. The increased uptake in car-sharing will in turn reduce the number of cars in circulation and increase available parking spaces, thereby benefiting the whole city.Along with other related measures and initiatives such as increasing the vehicle fleet, creating dedicated parking bays, improving vehicles and undertaking rental procedure improvements, it is hoped the number of car-sharing service users in Bologna will double.