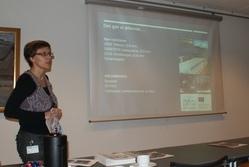 During the next three years, the city of Aalborg will put a strong emphasis on cycling in the city by developing the concept of Cycling City Aalborg. The ARCHIMEDES project is an important element in this design, providing the possibilities to introduce various innovative aspects to the Cycling City concept.

On 21 of January the Danish Association of Engineers (IDA - www.ida.dk) hosted a meeting entitled “Cycling Traffic in Denmark” at the Technical and Environmental Department in Aalborg. Civil engineer Pablo Celis from the City of Århus and Civil Engineer Malene Kofod Nielsen from the City of Aalborg were invited to present results and plans for the two Cycling Cities.While progress in transforming Århus into a Cycling City has been ongoing for half a decade, the work in Aalborg did not start until the development of the Cycling Action Plan in 2008, and the start up of the ARCHIMEDES project. The plan was approved by the City Council in February 2009, pointing out a prioritised list of cycling infrastructure projects until 2020. In 2009 the City Council decided to start up the Cycling City Aalborg project with co-financing from the Ministry of Transport.The Cycling City Aalborg project has the sub title “High class cycling commuter routes” and focuses on commuting cyclists, with projects facilitating high Accessibility, Road Safety and Articulation. Creating accessibility must never compromise road safety and articulating the Cycling City is an important element in order to make the concept a success. New ITS solutions will be present in a range of measures to re-think commuting on the bicycle. The ARCHIMEDES project helps introducing innovative aspects to Cycling City Aalborg through the Cycle Motorway measure. 32 attendees listened to the two presenters followed by discussion and questions from the audience. One of the key aspects of the discussion was how to articulate the concept in order to create ownership to the project among end users. Everybody agreed that marketing is an important element to increase the number of cyclists in the city. 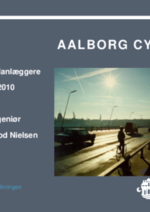 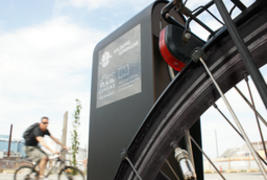