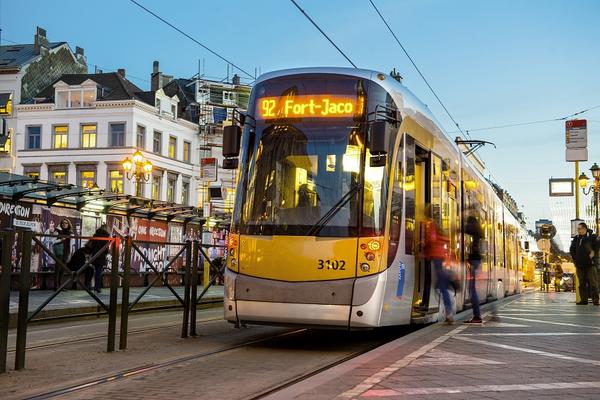 One of the possible ways to reduce energy consumption in a tram network is to capture the braking energy that is generated by tramways during braking. In regular operation, a small share of this energy is reused by the vehicle auxiliaries, another part is sent back to the overhead line to power other vehicles. This latter share depends on the traffic conditions and characteristics of the network. The remaining energy, i.e., the part that could not be re-used, is dissipated in the tramway braking resistor.

This braking resistors energy can however be recovered and reused with different technologies such as energy storage or reversible substations and the aim of this study was to estimate the amount of energy that is dissipated and to propose means to capture and reuse it.

The measurement campaign was carried out in order to study and analyse the energy flows in the tram network and to validate the models. The results of the measurement campaign show that most of the braking energy generated by the tramway is already reused and there is a very small share that is dissipated by the braking resistors. In line 94 and line 7 around 97% of the braking energy generated by the vehicles is reused and only around 3% is wasted in the braking resistors. Thus, even if STIB could reuse all the wasted energy, the potential to reduce the energy consumption is very low.

Finally, several measurements to reduce the energy consumption have been proposed, but it seems clear, given the already high receptivity of the lines, that the focus should be given to the reduction of the auxiliaries’ consumption if a significant reduction wants to be achieved.