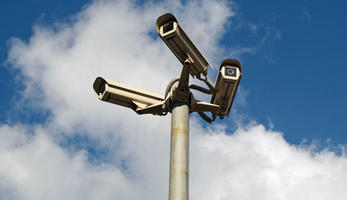 The extension of the traffic surveillance system in Szczecinek, with the addition of 11 cameras and setting up the operation centre at Police and Municipal Police offices.

To improve the traffic management in the city and ensure the road and traffic safety, through extension of the traffic surveillance system.
Measure objective was planned to raise the awareness and importance of the careful driving among the car drivers and the careful road behaviour among pedestrians.
One of the important problems concerning the traffic in Szczecinek is the level of road and traffic safety. Increased level of car ownership, worse conditions of roads, lack of respect for the traffic rules cause the raising number of car accidents and collisions.
In the last years there was a decrease in car accidents with injured noticed; however there was a raising number of collisions with the death toll. On the road connecting South-North of the country running through the city (intensively used by tourists going to the Baltic coast, especially in the summer season) in 2006  occurred 15 car accidents with 2 death toll, number of injured was 20 person. In total in 2006 there were 8 death toll registered as a result of car accidents and collisions. Still the main reason of the car accidents was the intoxication of drivers, too high speed and mistakes made by pedestrians.
Such a situation required strong measures to eliminate the number of road accidents and collisions. Traffic surveillance systems installed in the busiest and respectively most dangerous intersections in the city play an essential role in incident detection, traffic management and increase of the abidance of the traffic rules.

The Measure is fully implemented and demonstrated to the public since 2009. Before the Measure went into the demonstration phase the location of the cameras was identified, the Local plan of Spatial Development was revised and recommendations from safety experts were adapted. The technical documentation was performed and construction permits were obtained. The procurement activities were accomplished.The Measure comprises in the instalment of 11 additional traffic surveillance cameras connected to the operation centre in the Municipal Police office via WIMAX technology. The Measure will be operational beyond CIVITAS RENAISSANCE.

Implemented measures contributed to the reduction of the average time of police intervention from 16 minutes to 5 minutes at locations covered by monitoring.
• Reduction of transport accidents at the 11 analysed locations was registered.
•  Actions within measure 8.5 were positively accepted by the society. The level of society acceptance increased by 13.6% and the level of perception of security increased by 14.5%.