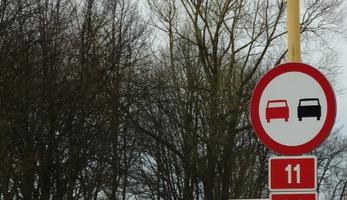 The Measure aims was to develop a transport strategy for the city, to reduce traffic congestion and reduce air and noise pollution, with benefits for safety, the environment and citizen’s health.

To develop the Szczecinek Transport Strategy and the Noise Reduction Plan in order to create the vision of sustainable transport in the city.
The decision makers, possessing those documents, have the solid basis to deploy a variety of activities regarding:
- decreasing the traffic congestion in the city centre,
- making travelling of all users more efficient,
- better control of the noise and pollution level in the city in order to decrease of impacts for environment and human health.
Szczecinek did not possess a document with specifically defined transport development strategy. Transport issues were presented in the Szczecinek Development Strategy, Szczecinek Investment Strategy, Szczecinek Revitalisation Plan and other documents. There was a need to define a specific document - transport development strategy for the city aiming at decreasing the influence of the traffic on the environment.

The level of the air pollution differs in particular parts of the city – but in relation to the 80’s it has been decreased. Especially in the last years there has been improvements noticed in the level of NO2, SO2 and sedimentary dusts, but still it is not a satisfactory level. The situation looks different with the level of noise in the city. The measurements of the traffic noise along the streets of the length of 76,5 km has shown that its level is above-average – exceeding the level of 60 dB was noticed in 95% of all cases (the level of 75 dB was exceeded in 21,4%).

Introduction of transport strategy and noise reduction plan, was a starting point for changing the mobility behaviours of citizens and implementation of more well-considered transport plan. It has also allowed to control the influence of the traffic on the environment and has entailed noise decrease. Implementation of this measure allow to prevent some harmful tendencies.

During the four years of the project, activities within this Measure, were focused on developing the framework of the Transport Strategy and performing wide range of consultation with consultants, City Council Members, experts from Road Management Department, Public Transport Operators, Police, Municipal Police, Taxi representatives and citizens. In September 2010 the City Council adopted the Szczecinek Transport Strategy. In 2011 the implementation of some recommendations arising from the document took place.