Setting up a bicycle rental system and rickshaw services 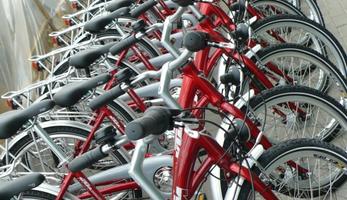 Implementation of the bicycle rental scheme and rickshaws services and the integration with existing means of public transport.

To demonstrate the benefits of less car dependent lifestyles, through implementation of the bicycle rental scheme and launching rickshaws services.
Measure was also aimed at improving the availability of bicycles in the city, in order to increase the number of total bicycle trips in and around the city and facilitating the accessibility of cycling for citizens and tourists.
One of the key factors during the implementation was focused on combining different modes of transport in the City of Szczecinek.
Szczecinek’s transport development strategy was focused on promotion of cycling among citizens and tourists. There were already many activities undertaken mainly focused on building the cycle path system in the closest city centre and around, especially by connecting the city park (stretched on the East side of the city) with the city centre. But to make all efforts successful, beside of constructing the necessary infrastructure, there was a need to offer attractive services and solutions.
Cycling is getting more popular in Szczecinek, but it was not integrated with any other transport modes in a city so far. Development of the water transport system on the lake Trzesiecko created an excellent opportunity to integrate it with bicycle rental points, placed close to the stops of the water-tram and water-taxi. It is also preventing the development of the car traffic around the lake Trzesiecko by giving the opportunity to use different alternative transport modes, like: bicycles, water-taxi or water-tram to get to any point situated alongside the lake.

Before successfully launching new mobility services for citizens and tourists, a number of exercises were accomplished: the bicycle rental system and rickshaws services conception was developed, the location of the 5 bicycle rental points were identified and market research was commenced. Finally in 2009, as one of the first Measures implemented in CIVITAS RENAISSANCE, the new mobility services were demonstrated to the public, comprising: 5 bicycle rental points and 50 bicycles and 10 rickshaws operating mainly in the city park and pedestrian areas. Within this Measure also a winter storage facility was constructed and needed equipment to maintain the bicycles and rickshaws. In the later stage the existing bicycle rental scheme was extended with additional two rental points.
Measure will be operational beyond CIVITAS RENAISSANCE project.. 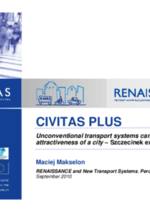 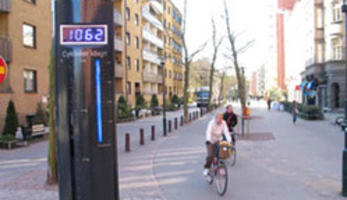 “Famous people who have been cycling in Malmö”

“Famous people who have been cycling in Malmö” - is the title of a book that was published in Malmö during 2005. This book is part of a “more biking campaign”...