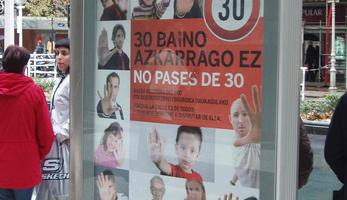 Donostia-San Sebastian was keen to enhance road safety. To this end, the city introduced the so-called safe districts, in which measures to reduce the risk of accidents were tested.

Donostia-San Sebastian wanted to reduce the average speed limit for motorised traffic and provide safe crossings for cyclists and pedestrians in “safe districts”. The main objectives of the measure were:

These areas were chosen because the traffic density was very high, both for cars and bicycles. There were also higher rates of pedestrian trips than in other areas of the city. The idea was to promote the use of bicycles on the road rather than having cyclists share pavements with pedestrians. The calmed traffic is aimed to also make pedestrian itineraries easier.

The physical interventions in the road infrastructure involved both speed reduction actions directed at cars and changes to make 50 crossings safer for pedestrians and cyclists.

Citizens must know what 30-km-zones are and how they work. Therefore, the city of Donostia-San Sebastián organized an intensive promotional campaign in each of the three neighbourhoods. The aim was to provide information to all citizens about the main characteristics of the safe districts and 30 kilometres zones as well as about the objectives the city wants to achieve by implementing them

This measure is closely related to another CIVITAS measure that included a Road Safety Pact and the installation of speed radar control. The impact evaluation of the two measures was integrated.

In the 30 kilometre zones a speed reduction was measured, between 8 to 3 km/h during peak hours depending on the area of implementation. Also, significant reductions in the number of deaths and injured people were accounted in all neighbourhoods, ranging from a 14% reduction in the radar system affected area to an 11 percent, 7 percent and 1 percent respectively in the 3 implemented 30-km-zones.

Moreover, results from the evaluation confirmed the suitability of each approach to their corresponding context: while 30-km-zones provided further improvements in residential areas where traffic speeds were already low; radar systems are more suitable for main arterial streets where traffic speeds are high. 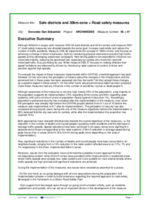 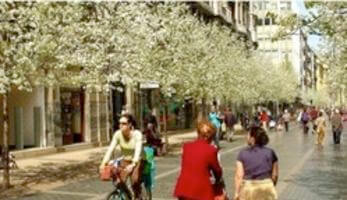 The City of San Sebastián has signed a civic Road Safety Pact with 35 local organisations involved in mobility. The Pact represents a joint commitment to protect...