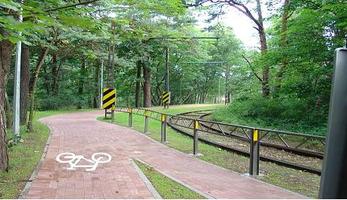 In an effort to raise the modal split of cycling, Gdansk is developing its cycling infrastructure. These improvements backed by an information campaign will make cycling safer and a more attractive alternative to the car.

Gdansk wants to animate more people to move around the city by bike. Safer, wider and more secure cycling infrastructure is a prerequisite to encourage more people to get on their bikes and build a strong cycling community. Better cycling infrastructure will also invite people to lead a more active lifestyle. The measure objectives are to: • Increase the modal split of cycling; and • Develop safe and secure road and leisure infrastructure to create the conditions to promote cycling as an alternative to the car. Gdansk priority is to work on safety improvements in the network of cycling paths. This involves the modernisation of existing infrastructure and taking account of intersections between the bicycle path and footpaths, installing a proper path marking system and securing roads. Other aspects to be considered are a better integration of the bike path with popular spots in the city centre and the installation of bike parking platforms near entrance points to the beach or close to places where cyclists can take a break and rest. Concerns for road safety in recreation areas are relatively new in Poland. Previously, the emphasis was merely on the provision of infrastructure whereas safety was of little concern. Demonstrating the impact that infrastructure improvements coupled with information campaigns can have on actual behaviour and feelings of safety and well-being is an innovative endeavour in Poland.

Implementation of cycle racks with 420 parking places for cyclists were created at the all main accesses to the beach in order to stop cyclists from parking their bikes on the walking and cycling paths, blocking traffic along the coastal strip. Improvement of the technical infrastructure along coastal strip: - efficient LED street lights on pedestrian crossings; - vertical traffic signs and pictograms informing cyclists about pedestrian priority; - consistent road signs along the whole cycling path; - resting points along the cycling path. Social campaign informing about the changes in the road traffic regulations concerning cycling in media (radio, press etc) followed by publishing and distribution of a booklet (5000 copies). Safety and security campaign – publication and distribution of a brochure (160,000 copies) „Cycle safely in Gdansk” supported by an extension media campaign in local press, radio, TV channels and internet websites. The brochure which was distributed to each household in Gdansk included - an updated map of cycle paths raising awareness about accessibility of cycling and leisure facilities in the city and planning bike journeys easier, - information about changes in road traffic regulations concerning cyclists, - information on traffic calming zones, - comprehensive information on the objectives and implementations of MIMOSA

Social campaign “Kierunek: szacunek” (“Direction: Respect”) addressed to all road users - drivers, cyclists and pedestrians promoting safety and security through encouraging all road users to respect rights of others, promoting traffic calming, mutual respect and friendly relationships between all road users’ groups. It was supported by an educational campaign on Gdansk’s streets in partnership with the police, media and numerous institutions.

The investments improving safety and security along the seaside cycle path  will be long-lasting. There is an upward trend in frequent cycling for leisure in the coastal strip area - just in the 2010-2011 period by ca. 7% on average. The increase in  persons jogging every day by ca. 8%. The greatest increase in the frequency indicator (by 24.3%) occurred year-to-year in 2010 –2011 in the daily walking category. The campaign “Cycle Safely in Gdansk” which turned out to be a great success may be easily replicated in other cities. The idea of a direct dissemination of the brochure to all households in Gdansk brought expected results and maximum possible effect, since it was made available to all citizens in Gdansk. The social campaign  “Direction - Respect” met a great interest of citizens and stakeholders and will by continued by the city and police in 2013. Focusing the activities under Measure 5.2 on the seaside area turned out to be a successful choice. This strategy has allowed to more effectively improve the safety of coastal strip visitors through small investments in the leisure infrastructure. Aspects of safety have received very favourable ratings from the users, reflected in increased indicators. The results are presented under sub headings corresponding to the areas used for indicators in the MRT. 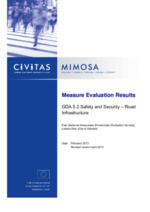 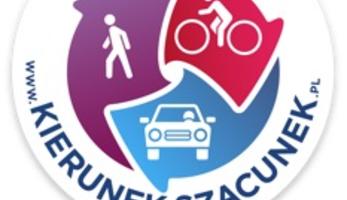