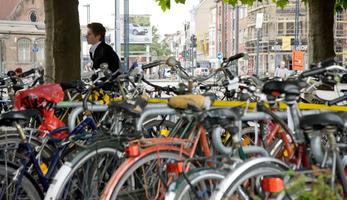 The whole area around the main train station in Ghent is being redeveloped. This will have a massive impact on the area in terms of noise, dust, traffic rerouting and accessibility, therefore an engagement process with citizens will be initiated.

The redevelopment started in 2006 and will finish in 2020. Ghent aims to raise public awareness and support for the major construction works, which include the redevelopment of the new train station, new terminals for public transport, 10,000 new bicycle sheds and underground parking for 2,810 cars through public communication channels. The city will develop an information centre to promote the main projects, attempt to change the mobility culture in the area of the CIVITAS-ELAN-corridor and implement innovative communication tools such as a 3D digital model.

All the stakeholders involved in the construction will contribute to the communication campaign both financially and with outsourced personnel. All parties have the shared objective of participatory communication with inhabitants, commuters, schools, unions of public transport users, cyclists, pedestrians, disabled persons, retailers, administrations, planners, public and private transport organizations and companies. Ghent will use a digital 3D scale model to show how the city will look when the construction is completed.

The objetives were redefined during the project:

The information centre will contain the latest news on the main reconstruction projects, as well as on the CIVITAS initiative. Clear and concise information will regularly be passed on to citizens and groups through letters, printed communication products (periodicals), website, audio-visual products and press releases. The digital 3D model will be on display in the information centre. There will also be follow ups to FAQs. A policy of reduced hindrance will be developed, through weekly meetings with all stakeholders on the daily impact of the construction works.

Every complaint made by inhabitants, public transport users or anyone else involved will be registered and responded to. One of the main parts of the participative communication system is the periodically organised public fora, where each of the involved parties will contribute. These fora will take place at least every month to pass information on and discuss the project.

During the Civitas period, the opportunity was taken to experiment with social media and new communication formats. A questionnaire was launched via Facebook to generate ideas for the new project developement. The major launched the action through his Twitter account.

Also new ideas of debating with citizens and different stakeholders were tried out like dialogue cafés, round tables, a combination of an infomarket with debating groups, etc

Acceptance of the governmental participatory approach of the redevelopment project and for sustainable mobility campaigns:
Respectively 47%, 32% and 30% of the commuters, residents and retailers does accept the approach or has no opinion about it. The question was not applicable to 28% of the interviewees in 2010. 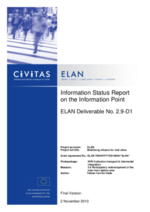