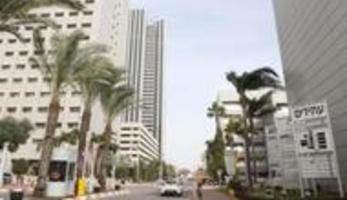 Like other major cities Tel Aviv-Yafo faces the need to offer connections between hubs of activity. Often it is the last part of the trip which is the problem, which in the past has led to reliance on the private car. Tel Aviv-Yafo tested whether the provision of tailor-made services, addressing the problem of the last mile, could increase the uptake of more sustainable modes of transport.

This measure involved the provision of tailor-made transport services to and from the Kiryat Aditim Hi-Tech and Business Park, an area of high density employment and the train stations in the vicinity.

The measure helped realise the potential such services have for solving the problem of the last mile, and therefore, the potential of improving the modal transport split.

The main aim of the measure is to increase sustainable mobility through a change in the modal split in favour of collective transport modes. It aims to achieve this by improving cooperation of municipal and private initiatives in order to make high-density employment areas more accessible and supportive of transit transport.

New schedules and an enhanced shuttle service were implemented on 1 December 2014 based on the surveys carried out for this purpose. The new shuttle services implemented: a bus leaving every 15 minutes starting at 7:00 am up until 9:30 am from the train station, alternating between the use of full 50-seater buses and minibuses. The afternoon service runs every 15 minutes from 15:05pm with the last bus leaving Atidim at 18:05. The shuttle service schedule is based on train arrival times, ensuring that shuttle departure times are coordinated with the train schedule.

In addition to the enhanced shuttle service, the measure included the implementation of a trip sharing app that was adapted for Atidim Park employees. The app, named SAtidim, has been in operation since March 2015.

The services were monitored throughout the trial period through on-board surveys and counts.

The scope of this measure was expanded. Tel Aviv-Yafo is currently undergoing extensive infrastructure works due to the construction of a light rail system. This has placed an even greater strain on the road and transport system making the problem of the last mile even more acute.

This was an excellent opportunity to conduct a survey on travel habits of employees in the vicinity of the light rail works. The data from the survey were analysed and incorporated into the Tel Aviv-Yafo Transportation Model. This data looked at in light of the measure carried out in Atidim enhanced our understanding of the potential for similar shuttle services to those in Atidim, including how and where they can be implemented in Tel Aviv-Yafo.