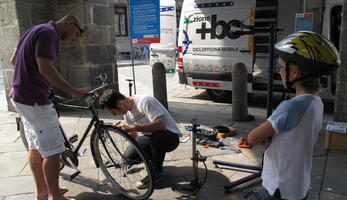 Improvements for cycling can raise the visibility of this mode of transport, its infrastructure, the convenience to get around the city and how it helps to reduce the impact of private traffic. Better cycling conditions can also create a new mobility culture where alternative modes of transport become increasingly significant. The city of Monza will implement improvements to cycling facilities to encourage the use of the bicycle.

Monza has invested in the last five years in creating a network for cyclists. This network is not yet fully interconnected, but the number of cyclists has been increasing, leading to greater transport efficiency and increasing public health.
This measure objectives are to:

A study to identify suitable measures regarding implementing cycling mobility has been undertaken and completed. More specifically, as a result of the study, Monza has been considered suitable to implement a bike sharing scheme. For this reason, a grant to Regione Lombardia has been obtained, and bike sharing will be implemented, although this will not be done during the lifetime of the ARCHIMEDES project. Nevertheless, this achievement can be seen as an outcome of the ARCHIMEDES project.

The bike plan derived from the study has been approved by the city, as well as a document containing constructing criteria for cycling routes, which will serve as a guideline for future extensions of the cycling network.

The following actions were accomplished:

As far as the process of implementing this measure is concerned, important drivers are stakeholders’ involvement and financial support coming from the opportunity to obtain a grant to implement a bike sharing scheme in Monza. On the other hand difficulties in achieving the necessary authorizations to install ramps in the railway station and economic crisis which did not allow Comune of Monza to invest its share in bike sharing project, delayed the implementation of the measure.

Fortunately, the opportunity to invest some extra revenues, although included in Streets and Infrastructures Department section of the city budget, together with the political support made  it possible to implement actions in favour of cycling mobility.

The development of the Bikeplan has proved strategic in order to approach the theme of cycling improvements in a systemic way, especially in shortage times, when unexpected funds appear to implement a step by step programme of works. Moreover, a strict relationship with stakeholders is important to identify priorities and needs in order to plan interventions according to the real requests of citizens, 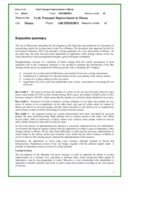 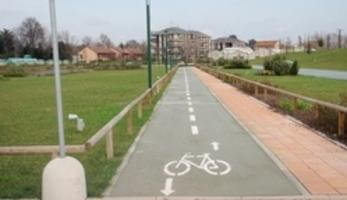 Commitment to cycle transport in Monza

Since the beginning of 2010, Monza’s Cycle Transport has made huge progress. The work undertaken within the task includes a subcontract which was issued in February...