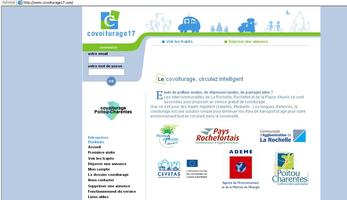 The travel planning approach was launched in La Rochelle in 2004 in response to the fact that 70 percent of people working in the 485 companies located in the Urban Community of La Rochelle used their own car to travel to work on a daily basis. Based on the success of travel planning, it was decided to extend the measure to the entire city centre, including small and medium-sized enterprises (SMEs), local administrations and business parks. Other new features included car-sharing and car-pooling schemes and a late-night transport public transport service.

An awareness-raising campaign was launched in 2005 among SMEs, comprising one-on-one interviews with business travel advisors and the widescale distribution of leaflets and other promotional materials advertising park and ride services, annual public transport passes, and bike-sharing and car-pooling schemes. Activities to promote the car-pooling system, which was launched during European Mobility Week, also included participation in events such as trade fairs.

In 2005, a new home-to-work travel pass was launched. The Pass Domicile-Travail allows for one return trip per day on any mode of transportation.

In September 2008, a new partnership was created between the Urban Community of La Rochelle and the local business community to promote alternative modes of transportation via thematic workshops held during European Mobility Week. This resulted in the publication of a methodological guide for SMEs and local administrations on how to achieve a shift from the private car to more sustainable modes of transport.

Due to delays, the transport service dedicated to employees working late at night in the city centre (e.g. in restaurants and hotels) was not launched until September 2009, outside the project period.

The car-pooling scheme has been a definite success, increasing from 200 posted car-pool trips in September 2006 to 1,816 in November 2008. Some 90 percent of users considered it easy to navigate around the website; and 71 percent considered the journey matching arrangements were satisfactory. Between 65,000 and 85,000 one-way trips were avoided, representing between 480 and 635 tonnes of CO2 saved per year.

Among public transport users, 86 percent said that they were satisfied with their principal mode of transport (bus or park and ride).  Their overall satisfaction, along with increased use and awareness of home-to-work travel passes, indicates that the business travel plan approach had a positive impact. 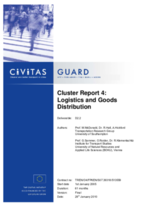 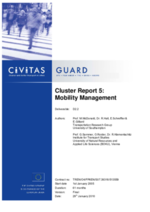