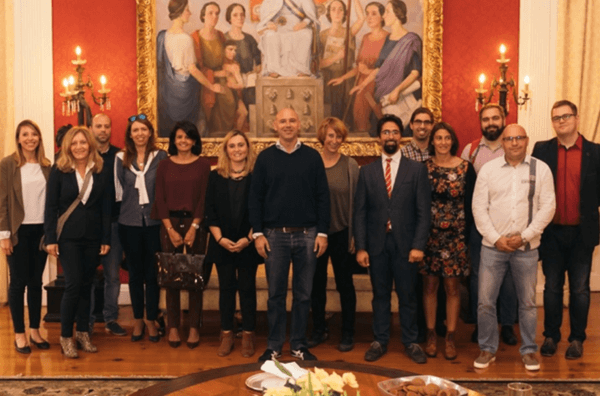 From 14 - 16 November, Madeira hosted a group of mobility experts from four European cities. They travelled to the Portuguese island for a study visit organised as part of the CIVITAS DESTINATIONS project.

Whilst there, they took part in numerous of site visits introducing them to the island's sustainable mobility measures, many of which are being developed as part of DESTINATIONS. As Madeira is a well-known and established tourist destination, these solutions must be suitable for residents and tourists alike.

They included the presentation of the electrical bus that will have its test run next month. If successful, such vehicles will become part of Madeira's intra- and intercity bus fleet.

Participants were also shown prototypes for new environmental sensor stations, which have been developed by the Regional Agency for the Development of Research, Technology and Innovation (ARDITI), a DESTINATIONS project partner.

A walking tour took them around Funchal, the capital of Madeira, whilst they were also shown the routes that comprise the city's public transport network.

These took place alongside visits to all of the Madeira-based CIVITAS DESTINATIONs partners, including Horários do Funchal, the island's public transport operator and organiser of the tours, and ARDITI.

To find out more about the measures being developed in Madeira as part of CIVITAS DESTINATIONS, click here. 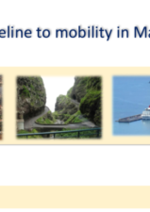