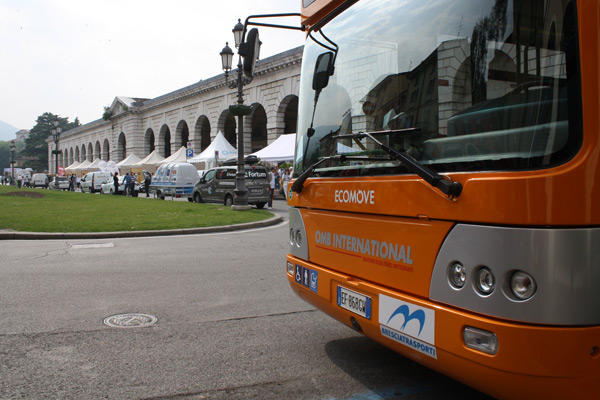 An electric car completed a tour from Estonia to Monaco with stops in many cities - one of them being Brescia. The city of Brescia did not want to miss the opportunity to participate in the Electric Marathon 2012 and enforce the message that the electric revolution is already underway.

The marathon took place as part of the two-day "Festival of Electric Mobility". The event opened with the conference "Electric mobility in Italy - Experiments in progress and technology" organised by utility company A2A together with Brescia Engineers. Marco Belardi, President of the Engineers Order stressed, "The internal combustion engine will remain dominant, but it is necessary to introduce a variety of alternative fuels to capture a series of objectives. And in this context, the electric car will become a real option." The CIVITAS Initiative took a prominent role in the event. Many sustainable mobility measures were presented by Brescia Trasporti: A bus from the fleet funded by CIVITAS was presented to the public. Information materials about its benefits in terms of energy saving and environmental record were distributed on the bus. An information campaign to raise awareness on the new acquisition among citizens was kicked off. Information materials were distributed about the city's production of renewable energy for the operation of the bus fleet. The plan was developed thanks to funding from the CIVITAS Initiative between January and March 2011 and became operational on 15 April 2011. In the first year, 89,400 kwH have been produced.   The Electric Marathon arrived in Brescia on Friday night. Deputy Mayor Fabio Rolfi said, "Electric cars represent the future of mobility and the presence of the Electric Marathon in Brescia demonstrates our commitment to sustainable mobility which is recognised also in Europe." The marathon then moved on to Milan. 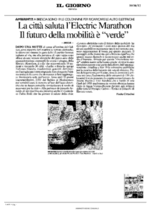