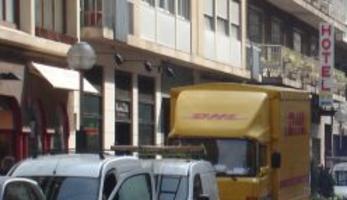 Vitoria-Gasteiz is looking at developing a new framework for urban freight logistics that averts disruptions from goods distribution.

This measure aimed to define an alternative framework for urban freight logistics coherent with the super-block model proposed by the Sustainable Mobility Plan of Vitoria-Gasteiz, in order to:

The objective of the measure was to define a scheme targeted to the scale of the freight distribution within the superblocks, and to implement an experimental scheme in one of the superblocks.

The city centre comercial activities and freight load-unload requirements were studied and the results displayed in a Working Document.
A first scheme of the basic needs for the distribution centre (m3 of capacity, m2 of surface distribution, etc.) and some tentative characteristics for an electric fleet for distribution were included in the Working Document.

We studied in detail the initiatives undertaken in other cities, checking their adaptation to Vitoria-Gasteiz superbock model. Cost-benefit analysis of the implementation of different methods of goods distribution was developed: it was found that the only economically viable scheme  compatible with the superblocks model is the proximity areas technique.

After the feasibility study, the different proximity areas were defined according to the needs of each area. The needs assessment was based on a survey to the shops and distribution dealers about the current problems (which are the distributed goods, where, by who, etc.) and the possible solutions for freight distirbution in the superblock.

Delay in awarding the tendering process resulted in starting the implementation phase, initially foreseen in Summer, on November 2012. Autumn weather made difficult painting works because paint does not stick to wet or very cold asphalt.

Works started on November and are expected to be completed on January 2013.

The first deliverable has been approved. The Final Report has been delivered and is under evalution.

The following results were achieved during the CIVITAS MODERN timeframe: 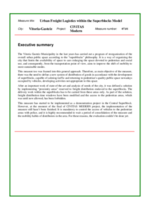 The NOVELOG project provides guidance for the sustainable implementation of policies and measures for the urban freight transport system. In October, it is organising...