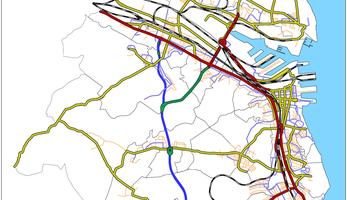 Gdynia has elaborated the first three-level transport model for both, individual and public transport for the city. It has been based on a full scope traffic research for the City of Gdynia and it was used to complete the City’s SUMP. The result  was a macroscopic, a mesoscopic and a microscopic model, each addressing different transport and mobility aspects in the city and the region.

The modal shift in Gdynia has been undergoing a considerable change from public transport (PT) to private cars since the early 1990’s. Today, the share of public transport in Gdynia is 52%. Individual transport is at 47% and cycling only at 1%. The PT system consists of three subsystems: buses, trolleybuses and urban railway.

Since 1996, Gdynia’s Public Transport Authority (ZKM) has conducted every 2 years a research on citizens’ transport preferences and behaviour in the City of Gdynia and its vicinity. The research has been used to provide the best possible demand driven PT service for the local community. However, the survey focused  mainly on PT and did not give a full picture of the transport system in Gdynia. There was no complex transport model existing for the city and therefore there was still the need to conduct an additional traffic survey with a wider scope.

For the first time, Gdynia elaborated a three-level transport model for both individual and public transport for the city. It has been based on a full scope traffic research for the City of Gdynia and was used to complete the city’s new SUMP. It served as an excellent visualisation tool to present urban mobility strategies and implementation options to stakeholders and the public.

During the preparation phase, a complex traffic survey for Gdynia was conducted. To elaborate a transport model, the survey covered both individual and public transport to investigate the transport behaviour, preferences and needs of the local community. The survey has been used as starting point to expand the current SUMP. 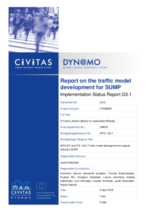 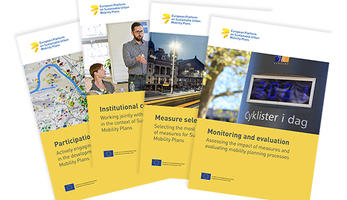 The key outputs of the CH4LLENGE project are now available for download at the urban mobility observatory Eltis ! The SUMP kits address the four most pressing challenges...