The 'House of the Bike' and bicycle activities 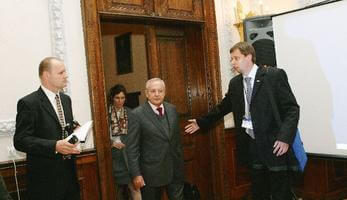 Up to now there has been no main contact point where cyclists can access specialised information or small-scale services in Ghent.

As the train station will be redeveloped, its surroundings will be transformed into a building site. As a result, the space for bicycle parking and bicycle services will diminish. Therefore a back office with a bicycle service for hiring, minor repairs and information for incoming and outgoing train commuters will be set up at the ‘House of the Bike’. The location will become the main contact point for cycling information in and around the City of Ghent. The premises of the ‘Student and Mobility’ bicycle hire programme will be extended and a bicycle sharing programme will be introduced. Secure bicycle sheds around the train station and within the university area will be constructed and a Park & Bike programme will give car drivers the opportunity to leave their car behind and visit the city by bike.

Due to irregularities in the tender procedure of the House of the Bike, the process needs to be redone.

The back office will be installed at various stages. Firstly a bicycle hire system will be offered and bicycle “guards” will operate in the surroundings to guard the bicycle sheds and to keep them in good shape. Within the House of the Bike secured sheds will be available and small repairs will be offered. Later on a bicycle information point will be added. Non-profit organisation Maxmobiel is responsible for most of these services and will have an office in the house. They will also implement a software device for the rental bikes.

The implementation of a bike-sharing programme in the corridor and the rest of the city centre will be implemented. To use a City Bike, the user deposits a coin into a slot, found on the handlebar of the bike, in order to unlock it from a bike rack. The user can then ride the bicycle for as long as they wish, provided they remain in the designated boundary of the city. To return the bike, the user simply locks it to any of the bike racks strategically located around the city at train and bus stops, multi-story housing flats, shopping districts, and tourist attractions.

The bicycle hire system for ‘Student and Mobility’ will be expanded. It is believed that the railway station extension and the works will enlarge the target group. Therefore its premises in the student area will be expanded. The Park and Bike area will be implemented at the existing Park and Ride zone by the City Council of Ghent. Thus far 25 bike boxes have been introduced. These private boxes can be used to park private or rental bicycles. Seven bicycle bins were installed in densely populated neighbourhoods. A bicycle bin is a covered bike rack for five to six bicycles. A six-month trial period is currently going on and the bins will be evaluated afterwards.

The 20 extra bike boxes will be installed in 2012 and beginning of 2013. The city of Gent will look into other solutions, like neighbourhood parkings, shared garages, ...  to solve the bike parking problem. 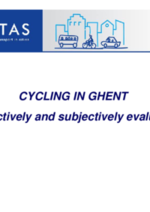 Where can I find all the information about cycling in Ghent? The new website www.gentfietst.be contains a wealth of useful cycling information. Where and how to...