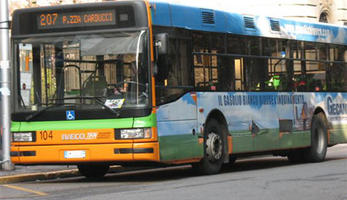 This measure aims to update the bus priority system in the city of Monza, which is strongly connected with the Urban Traffic Control (UTC) system.

Monza implemented a priority system for public transport buses in the 1990s. This system consisted of Infrared sensors installed at intersections which were able to communicate with approaching buses and extend green light time for the buses. The system was tested but did not become fully operational. There is still the need of a system to help public transport buses to increase the efficiency of their journey times. The experience gained so far shows that the priority system cannot be a stand-alone system, but must be strongly interconnected with the Urban Traffic Control System. A priority request when the private traffic is high could produce congestion instead of an advantage.

In the RTD stage, a study has been undertaken by Project Automation, in agreement with Comune di Monza and with Nord-Est Trasporti (NET) which is the owner of the Public Transport fleet, to propose a conceptual framework to manage Public Transport Priority at the relevant intersections. Results in summary consist of:

In the demonstration stage, four intersections of the CIVITAS Corridor for Public Transport have been equipped with the devices necessary for them to be put under the control of the UTC system. These devices allow application of the Priority Management scheme that emerges from the study carried out in the research stage, outlined above.

Evaluation activities have been aimed at measuring the results achieved, expressed through the following key results: 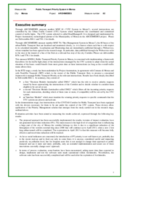