Promoting liquefied petroleum gas in the public and private sectors 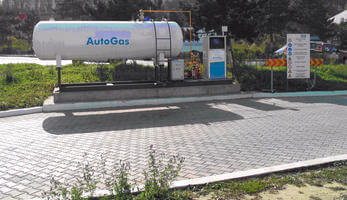 The promotion of alternative fuels such as liquefied petroleum gas and biogas can be seen as a sustainable solution to the growing demand for mobility.

At the time of measure implementation, the percentage of existing LPG vehicles in Suceava was low (between 4 and 7 percent in 2004), with diesel being the most common type of fuel for goods distribution, private companies and public transport. Biogas was not available on the market and only three out of the city’s 11 filling stations sold LPG (with an additional one selling LPG only during the summer). The benefits of alternative fuels had never been coherently presented to the public. Pollution, especially from traffic emissions, had become one of the major environmental problems for Suceava. The process of accession to the European Union obliges national and local authorities to undertake measures to reduce the impact of greenhouse gases and improve local air quality. The measure was therefore designed to reduce traffic emissions by developing new liquefied petroleum gas (LPG) and biogas facilities and increasing the number of vehicles on the roads operating on cleaner fuels. The measure built on the earlier European Union CATCH project (Clean, Accessible Transport for Community Health, 2002 to 2005), during which Suceava worked in partnership with local authorities and local transport companies from the United Kingdom and Italy.

Alternative fuels and clean vehicles were promoted via marketing campaigns and events targeting the public and private transport sectors in order to raise awareness of LPG fuel and conversion systems. The awareness-raising events also focused on the negative impacts of fossil fuels and the multiple benefits of alternative fuels. The campaigns initially focused on central and adjacent residential areas, where levels of noise and pollution were particularly high. At the same time, garages licensed to install LPG conversion systems were approached to prepare them for a potential increase in demand as a result of the measure. Car dealers were requested to promote LPG cars and clean vehicles.

The measure was boosted by the launch of the new LPG-fuelled Dacia model on the market and by the conversion of bus engines to LPG.

A wastewater treatment plant rehabilitation project provided a good basis for the introduction of biogas. The plan was to produce purified biogas from the fermentation of sludge and to develop biogas fuelling facilities from the six stations that existed in 2005.

Campaigns were organised in favour of variable vehicle taxation according to the type of fuel consumed.

Compared to the data available for 2005, when the taxi fleet comprised 60 vehicles and LPG utilisation was not known, by the end of measure implementation 31.3 percent of the entire fleet was LPG fuelled. There as also a 5 percent increase in public transport minibuses running on LPG.

There was a 7 percent reduction in carbon monoxide emissions and a 10 percent reduction in carbon dioxide emissions in the taxi fleet as a whole as a result of the conversion of taxis to LPG fuelling systems. This was accompanied by a beneficial financial impact (100 percent better than gasoline and 40 percent better than diesel) and a 3.7 percent improvement in energy efficiency for the taxi fleet as a whole. s

Good local conditions for introducing clean vehicles (electric and hybrid) in the future were created based on a good level of knowledge and acceptance among the city’s inhabitants. 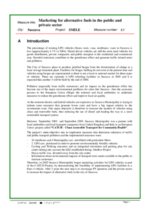 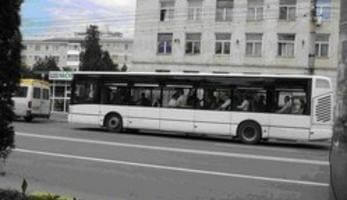 Suceava faces problems of over-populated areas, a continual increase in the number of privately owned cars and economic growth that imposes more frequent and intense...