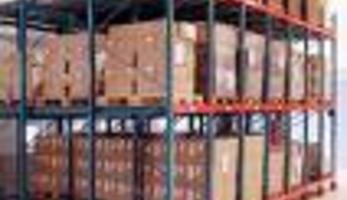 Utrecht wants to curb car trips and freight traffic into the city centre. It aimed to create pick-up points for consumer goods at central locations that were easily accessible by car, train and public transport.

The outcome of the feasibility study pointed out the main barriers for the implementation of the measure. First, one of the prerequisites for the success of the measure is the ability and willingness of the consumers and shopkeepers to adapt their behaviour to a new mode of shopping which implies a major change in their habits. The results of the interviews conducted with shopkeepers show that they are satisfied with the current distribution system.

Secondly, the estimated number of users of the MPuP might not reach the prerequisite for launching the measure as the target groups for this measure which are the consumers who are currently using the park and ride system and the ‘choice travellers’ (so called choice travellers make separate transport choices for every trip they want to make and are willing to change their way of travelling). Finally, only 5% of all visitors who participated in the questionnaire came to the city centre to buy cumbersome goods. Half of them say they are willing to use an MPuP. The current demand for a MPuP does not justify its implementation.

These results highlight the necessity to adapt the concept of the measure to the context of Utrecht in order to enlarge the number of future users. During the elaboration of the implementation pilot plan, the opportunity rose to extend the function of the measure by combining it with the current implemented bundling concept ‘Binnenstadservice’. 'Binnenstadservice' is a bundling concept in which one transporter offers delivery of goods, the pick up and sending of parcels and waste returns from and to a hub outside the city centre. The bundling of delivery, waste, and parcel returns would be attractive for the retailer, and as the transport and storage is already taking place at the hub, it could also be possible to extend this concept with a MPuP. So customers could choose to pick up their goods at the hub instead of at the shop in the inner city.

Despite the effort of adaption to the context of Utrecht, no shopkeepers were found committed to participate into a pilot project. Whereas the shopkeepers show an interest for the bundling concept, the concept of MPuP does not appear attractive enough for them. Consequently the pilot project was not implemented.

Relevant lessons learnt can be drawn from the results of the entire process. The concept of the MPuP should be context oriented and attractive for the different stakeholders: MPuP should offer direct benefits for the customers and shopkeepers to encourage them to change their mobility habits. A combination of services would increase the chance of success of the measure: for instance, an existing service, such as the currently implemented bundling concept in Utrecht, could be extended and combined to a MPuP. This will ensure a step by step process with the aim to support the stakeholders steadily.

The research provided valuable information for the city of Utrecht. A preliminary analysis of issues which are to be taking into account for the implementation of a MPuP in Utrecht is now available and can be used as analytical basis for further development. The field-work conducted contributes to a raised awareness on alternative shopping behaviour amongst shopkeepers.

Although the measure could not be achieved in the frame of the MIMOSA project, the results of the analysis build a significant basis for the elaboration of a future project in cooperation with the Binnenstadservice. They show interests to extend theirs current activities by developing additional services for shopkeepers - based on the principles of the MPuP. The idea to offer a storage point in the periphery of the city for merchandises ordered over the internet and address individual customers provides further market potential for Binnenstadservice. 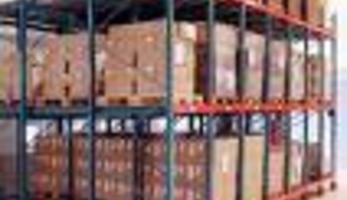 Utrecht is working to decrease car traffic in the city centre by looking into establishing merchandise pick-up points at the fringe of the city. Consumers could...