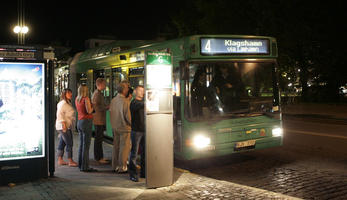 Prior to measure implementation, Malmo’s bus system comprised 20 lines. The goal of the new system was to make the network easier to understand and use, to make journey times faster, and to reduce the amount of time that travellers spend waiting for buses. The idea behind the change was that passengers no longer need timetables but can expect a bus to arrive every five to six minutes in peak periods. The new bus routes were part of an overall strategy to increase bus travel by 10 percent by the end of 2006, and by 30 percent by the end of 2010. They were developed in conjunction with other changes in the city, such as the construction of new residential areas and a new tunnel under the city.

The specific goal of this measure was to carry out marketing and awareness-raising activities, including a poster campaign and events, to spread information about the new bus routes. Information and campaign activities were developed and adapted to different areas of the municipality, making it easier to show changes to specific locations.

The bus route network was simplified and made more user friendly by changing it from 20 lines to eight main lines and six support lines. The campaign and information materials were based around three key concepts: Greener, Easier and More Often. Greener referred to the fact that, with more people using the buses, there would be less pollution from cars. The buses in Malmo also run on methane, which is cleaner than conventional diesel. The new bus network was designed to be easier to use, with fewer bus lines to remember and no timetable due to the greater frequency.

Posters were put up inside the buses and adverts were placed in newspapers.

In 2006, there was a 4 percent increase in public transport trips. In early 2007, the increase was 6.5 percent, meaning that passenger numbers rose from 25.5 million to 27.1 million trips.

Following the promotion campaign, the level of awareness of the new bus routes was 91 percent among frequent travellers, while 70 percent of respondents considered that they had received sufficient information about route changes. 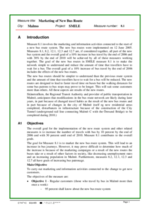 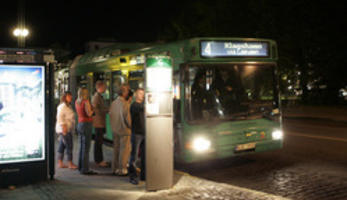 In June 2005 Skånetrafiken launched the totally new bus route system in Malmö, the idea behind it was to create a simpler system with only eight main routes and...