Managing mobility needs in the private and business sectors 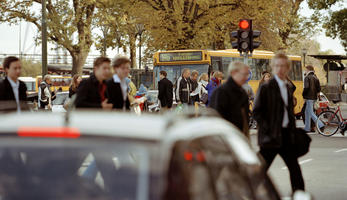 Through soft measures such as the provision of information, marketing, education and training, the aim was to encourage individuals and companies in Malmo to opt for more sustainable mobility modes. Photo credit: Mats Persson

Prior to measure implementation, the city had rarely used soft measures as a way of influencing transport behaviour, and the public transport operator’s offer was not adjusted towards company needs. The goal was therefore to increase the attractiveness of alternative modes such as public transport and cycling in order to stimulate a modal shift away from the private car.

The city of Malmo used newsletters, advertisements, conferences, networking and study visits to raise awareness of sustainable urban mobility. Work with local companies included breakfast meetings and company visits and seminars; cycling promotion activities; and company travel surveys. Activities focusing on the public comprised communications campaigns targeting people moving into the city, residents of specific neighbourhoods, and families taking children to school. Among its own employees, the municipality encouraged changes in commuting behaviour via a “commuting competiton”, including bicycle promotion.

In mid-2006, a large-scale marketing campaign was implemented by Skanetrafiken, aimed at employees of private enterprises. The pilot travel webpage “Skanetrafiken for You” was created, offering travellers personal journey guidance, specific timetables and details of season ticket offers. The concept was targeted at small and medium-sized enterprises in areas with a good bus infrastructure. A visit to the enterprise raised awareness of the scheme, and new passengers were able to register in the customer database in order to become part of the “My Pages” interface, where they could recharge their season tickets and choose among a range of Skanetrafiken services.

Among surveyed citizens, 19 percent were aware of at least one campaign, and between 2 and 5 percent actively participated.

According to a survey among people who had newly moved to Malmo, between 20 and 30 percent drove less than before moving to the city.

Some 38 percent of those taking part in the municipality’s commuting competition felt that the campaign had increased their knowledge of the sustainable mobility, around 10 percent tried alternative modes, and 3 percent considered their change in commuting habits to be permanent.

There was a decrease in the proportion of children being driven to school from 75 percent to 65 percent, resulting in a saving of 5.2 tonnes of CO2. 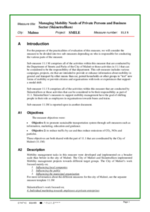 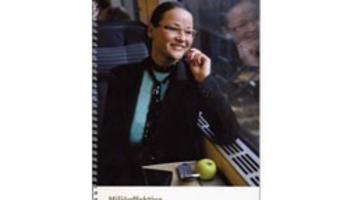 Malmö The traffic The Environment

Sustainable transport in the urban environment. As part of the CIVITAS SMILE project the Traffic Environment Section (Streets and Parks Department), Malmö has produced...