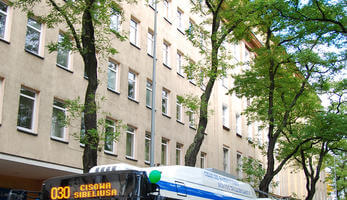 Trolleybuses in Gdynia are extremely popular and are even nicknamed by the people. In order to increase the attractiveness of this silent and local zero emissions transport system even further, Gdynia planned to extend trolley lines into areas without wired infrastructure. The transport operator PKT purchased and tested battery hybrid trolleys, and deployed them in a residential area without public transport (PT) service. The exploitation served as an example for Polish cities in investing in a highly innovative transport system.

Trolleybuses are an important part of the City of Gdynia’s public transport (PT) system, and both the vehicles and the network have been systematically modernised. The City of Gdynia has also converted diesel buses into trolleybuses to obtain the most efficient fleet in Poland at lowest possible cost. The current trolleybus system services altogether 45 km. The trolleybus fleet consists of 85 vehicles of which 73 are currently operating.

In this measure, trolleybuses would be taken to new area, currently not operated by trolleybuses as there is no traction. The considered area is Skwer Kościuszki street: one of the most popular, crowded and touristy central streets in Gdynia. In the future, after testing under CIVITAS DYN@MO has been completed, the street would be served by the trolleybus without the need to build a traction system. The improved accessibility would improve the quality of life for Gdynia’s inhabitants and tourists.

Before CIVITAS DYN@MO, trolleybuses in the City of Gdynia were supplied with electrical energy provided from overhead wires. To increase the reliability many of them were equipped with NiCd batteries. While the current NiCd batteries were considered an efficient source of alternative drive in emergencies, they could not be deployed in unwired routes of regular scheduled trolleybuses due to technical limitations. Mainly, Ni-Cd batteries were very heavy, large and difficult to operate due to their memory effects. For this reason, it was better not to use more than the 70% of their capacity; otherwise their lifespan might drastically decrease. Also their charging time was quite long – 2 hours in case of totally uncharged batteries.

Li-Ion batteries can be characterised by numerous advantages compared to commonly used battery types. For example, they are much lighter than other common batteries and hold a much greater energy capacity.

Gdynia aims at becoming a leading Polish city with the most modern trolleybus system and fleet, and to encourage other Polish cities to implement trolleybuses. This measure would continue and further develop the results achieved in the European TROLLEY project. Numerous promotion and education campaigns have been planned to further the measure's aims, such as the annual European Trolleybus Day – a big event held every year in September.

Expected outcomes in the mid-term to long-term: 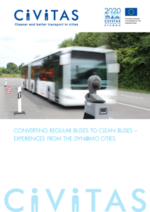 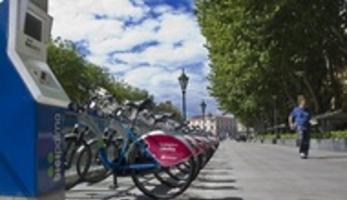 CIVITAS DYN@MO invites you to join second edition of the DYN@MO Summer University, 14 - 16 May 2014 in Palma! The topic of the event is "How to learn more about...