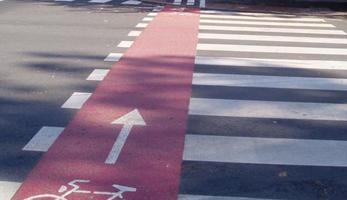 In the past period cycling had a limited role in Zagreb. However, Zagreb aimed to develop measures to contribute to the city’s sustainable cycling policy and improve cycling conditions in general.

In recent years the number of cyclists in Zagreb has been steadily increasing. This is due to an active cycling scene with citizen driven organisations that cooperate closely with the city. Whenever there are major roadworks, the possibility of adding cycling lanes are automatically discussed, however this has led to a somewhat scattered and inconsistent infrastructure. As a consequence, an integrated cycling policy and a dedicated Cycling Master Plan is needed to realise the city’s potential.

Zagreb’s main strategic document - the ZAGREB PLAN was prepared and has a section dealing with transport, which strongly emphasises the importance of alternative means of transport, like cycling and walking, and their increased share in modal split. The measure enhanced conditions for cycling, particularly on the Savska cesta corridor and strengthens the integration between cycling and public transport. Efforts were also be made to identify gaps and black spots in the cycling network and remove them if possible.

Cycling was heavily promoted at a number of events such as mobility week and car-free day, world health week, Zagreb Energy week and the “Wednesdays in tram” series. Partners worked on “Tender for public bicycles”, which is a difficult task due to a lack of information and data at city level. Partners also analysed comparative best practices in EU cities that are necessary for the presentation and proposal of methodology mentioned. The Public bicycle system brochure was prepared by ODRAZ and Bicikl as a part of the cycling promotional campaign and targeted the public, journalists and members of City of Zagreb assembly. As part of the campaign, 10 bicycles were provided by ODRAZ free of charge for citizens in July 2010 and a cycle tour around the demonstration corridor was led by the measure leader.

A cycle lane through Savska cesta is under negotiation and the Bicycle Master Plan as the Zagreb White Paper on Cycling is currently being produced. Together with other promotional materials, Bicikl produced a flyer on the topic of tolerance addressed to pedestrians, cyclists and car drivers.

It must be stressed that prior to ELAN, cycling issues in the city were never tackled in a consistent manner and with a strategic plan. Therefore, following key measure results have to be highlighted as well: 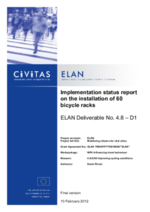 Implementation status report on the installation of 60 bicycle racks 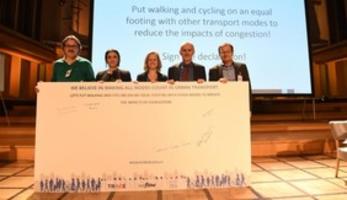 From 13-14 March, over 200 urban transport professionals gathered in Brussels to discuss how walking and cycling can help reduce congestion on urban roads.