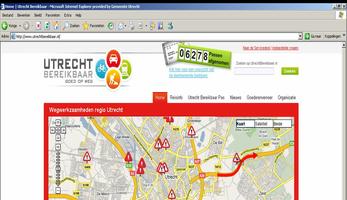 The city of Utrecht has worked on developing a single traffic control centre to improve the region’s accessibility.

Within the region of Utrecht the road networks of the different road authorities have a direct mutual interaction. Yet traffic management and traffic information provision in Utrecht and its surroundings were divided, and managed along modal and organizational boundaries. This significantly reduced the possibilities of managing traffic flows in an integrated way. At the start of the project, the existing traffic control centre used by the national road authorities mainly focused on the management of the traffic on the highways.
Instead of considering the different modes and parts of the network separately, it was understood quite early in the process that it was better to consider them as one whole road network, and to manage these roads jointly. The planned large road works on the western part of the ring road of Utrecht made it clear that without cooperation severe traffic problems could be expected.
To create an efficient and joint traffic management required the realization of a joint regional traffic management centre. Most importantly, this implied coming to an agreement on issues like the functionality of the various roads, joint data collection, and agreement when to use which traffic management scenarios. These ambitions were shared, but before CIVITAS not realized.

The investment in the traffic control centre itself is not regarded as the CIVITAS measure. In 2008 a start was already made with the common temporary traffic centre. To achieve a regional traffic control centre, a lot of adjustments were needed in the organisation, procedures, and strategies. These changes needed to be discussed between the city and its regional partners such as the Rijkswaterstaat (RWS), Provincial Authority of Utrecht the Region (BRU), and surrounding smaller cities.

The CIVITAS measure itself consists of a realisation of a reinforced cooperation between the different actors involved, and their management tools. All the efforts planned and implemented in this measure aim to develop the organisational part of the regional traffic control centre. At this centre, all traffic information is collected and analysed concerning all regional roads, to manage the traffic flows in the whole region of Utrecht. The overall main objective of this measure was to link existing systems, and develop new traffic control systems to manage traffic flows more effectively.

The first aim of all regional partners was to have a temporary traffic control centre in operation by early 2009. The objective was to establish multi-level traffic management cooperation by developing common data collection methods and scenario planning concerning road work situation in the West part of Utrecht. Due to the high amount of road work-sites, this area was expected to cause serious disruption for the road users and therefore required an integrated traffic management system. The national, regional and local authorities closely collaborated to create sufficient scenarios to prevent congestion and keep the air quality at an acceptable level, making full use of the possibilities of the Regional Traffic Control Centre (RTCC). This was done in a bottom-up approach driven by practitioners.
After the successful implementation of a temporary centre, the second step was to slowly enlarge the multi-level cooperation to the entire region. Several organisational changes and agreements on regional level were made to achieve the establishment of an efficient regional traffic control centre. Establishing a permanent regional traffic management implied a standardised package of measures and procedures in the field of data collection, monitoring of traffic streams, traffic management strategies, incident management and a common organisation of traffic monitoring and control in favour of all road users.
Since February 2012, the permanent regional traffic control centre is fully operational. A political agreement was signed early autumn 2012 which assured the correct functioning in terms of maintenance and resourcing of the centre up to 2020.

The objective of this measure was to link existing and develop new traffic control systems to manage traffic flows more effectively. To evaluate if these goals have been reached, the processes of interaction and communication of the different actors was of interest. Impact indicators on transport and other areas were not applicable as this measure had not the objective to improve these.

Nevertheless the result of this measure is an improved and integrated traffic management system that  influences the traffic flows in a positive way as we can now use the regional roads in a more efficient way. The experience is that already less traffic disruption arises on local level. 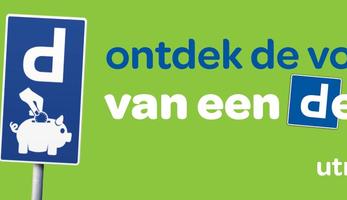 Have you ever tried car sharing?  In Utrecht, it's possible to car-share through agencies like Connect Car, GreenWheels, Wheels4all, Snappcar and Studentcar.  ...