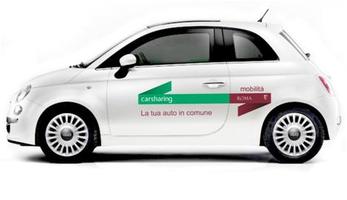 Rome has one of the highest rates of car ownership in the world, with 76 cars to every 100 inhabitants. Car sharing allows the common use of a fleet of vehicles by a “customer club”, usually comprising non-habitual car users who appreciate the opportunity to drive a car without taking on operating costs such as road tax, insurance, parking and maintenance.

A car-sharing fleet is available for rent for non-regular journeys. Membership fees are generally low and special discounts are offered, for example lower rates for public transport pass holders. Car-sharing users are permitted to use bus lanes and have access to restricted zones.

The aim of the measure was therefore to:

The first car-sharing service in Rome started in March 2005 as a trial with five dedicated parking areas in one of the boroughs of the city centre, 11 cars (some running on biofuel), and 200 subscribers. The location was chosen in 2003 on the basis of a preliminary study carried out under the CIVITAS MIRACLES project.

From June 2007, the service was extended to three further central boroughs. In October 2009, extra parking areas and cars were added within the boroughs already involved in the scheme.

The municipality of Rome joined the Iniziativa Car Sharing (ICS), the national network of municipalities entrusted by the Ministry of Environment to guarantee the coordinated and integrated management of local services and the respecting of established national standards.

By 2011, the service offered 106 cars and 61 parking lots and had a total of 1,951 subscribers. In order to speed up the registration process a new website was designed for account creation and information.

Each car owner who becomes a car-sharing user reduces their fuel consumption by 30 to 50 percent, as a result of using a vehicle less often and relying more on public transportation.

A good level of awareness of the scheme was achieved, along with a positive perception. The car-sharing system was completely integrated with the local public transport system and formed part of Rome’s sustainable mobility strategy.