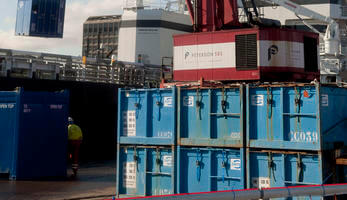 City ports have the interesting situation of handling various freight types. This includes 'normal' city freight (for both consumer distribution and ‘industrial production), which needs to be monitored, controlled, and handled in a way that reduces environmental impact.

At the same time, city ports try to avoid transit freight (which needs diverting), whilst dealing with port freight. This needs to be efficiently transported along routes that are often the same as those used for city freight in a manner in line with TEN-T connectivity principles.

Aberdeen Harbour is close to its capacity. A key port, it has connections with 41 countries worldwide, is a major port in support of North Sea oil and gas extraction industries, and serves as a gateway for ferries to the Northern Isles of Orkney and Shetland. In 2014, it handled a total vessel tonnage of over 28m tonnes and handled 4.75m tonnes of cargo.

A proposal to construct a major new harbour in Nigg Bay, some two miles south of the existing port, is well advanced and has secured support in principle as being a development of national importance in the Scottish Government’s National Planning Framework.

A major new peripheral national highway (the Aberdeen Western Peripheral Route) is also currently being constructed around the north, west, and south of Aberdeen city. It is due to be completed in 2018.

These two major developments will dramatically affect freight and general traffic flows around the Aberdeen city region. These flow changes and their impact on mobility issues in the region need analysis and management. 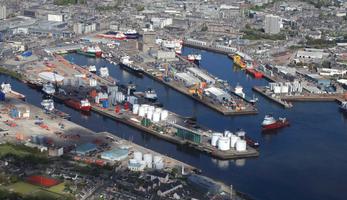 The five CIVITAS PORTIS living labs of Antwerp, Aberdeen, Trieste, Constanta and Klaipeda are joining forces to use smart plans and tools to make movement of freight...