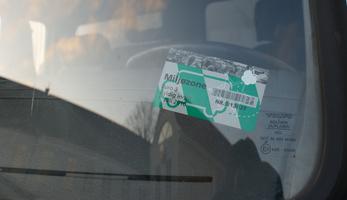 Heavy goods vehicles (HGV) are important for daily life in the city centre. However, they are a major contributor to negative impacts from the transport sector, especially when concerning particular emissions. Aalborg’s environmental zone requires minimum standards for HGVs (heavier than 3.5 tonnes) and vans. An analysis from 2005 showed that such an environmental zone will reduce CO, HC and NOx emissions from HGVs by 25 percent and PM emissions by 20 percent. For vans, emission reductions will vary between 30 and 60 percent.

Legislation for environmental zones in the major Danish cities was approved in January 2007. Yet, a number of practical problems had to be solved before the first environmental zone could be implemented. In many Danish cities, weak relations with freight operators pose obstacles, as well. Freight operators in Aalborg share a favourable attitude towards limiting heavy traffic in the city centre because of their positive experience with previous projects in the city.

Aalborg implemented an environmental zone bounded by the ring road around the centre of Aalborg and north of the centre by the fjord in February 2009. Only heavy goods vehicles and busses (>3.5 tonnes) that comply with the required Euro 3 standards were from now on allowed to drive in the zone. Danish vehicles were required to have a low-emission zone label on the windscreen, international HGVs needed to provide vehicle documentation. The restrictions were generally accepted by freight companies, which is mainly due to the good communication and early involvement of the companies. In January 2009, signs were mounted at the entrances and exits of the zone. Promotion material such as leaflet, posters and the website informed involved target groups. The inauguration with the Alderman for the Technical and Environmental Department took place February 2 at one of the main entrances of the environmental zone. From July 2010 heavy goods vehicles and busses had to fulfil the Euro 4 standards to drive in the zone. To communicate these changes, an information campaign for the freight operators took place in spring and summer.

In October 2010, a license plate registration took place on all access roads to the environmental zone. The results of the registrations were that the share of lorries with Euro IV or newer had increased from 28% in 2008 to 54% in 2010.

From November 2010 until January 2011 the city of Aalborg provided data (traffic counts and traffic data) for air quality modelling for the National Environmental Research Institute.

New requirements for foreign freight and bus transport were implemented in October 2011: Lorries and buses from other countries, had to have an environmental zone sticker and meet the requirements also. A campaign for these new requirements were started in fall 2011.

The pollution level has been evaluated through air quality indicators such as CO levels, NOx levels and particulate levels. The City of Aalborg has used a framework for air quality modelling developed by DMU (National Environmental Research Institute), organisation that also carried out the modelling.
Also vehicle emissions are indicators for knowing the effects of this measure. The emissions from vehicles have been modelled based on a licence plate registration carried out after the implementation of the Environmental Zone and compared with data from before the implementation.
The results from the modelling show a reduction in emissions as an impact from the introduction of the environmental zone.

The share of trucks with Euro IV or better increased from 28% in 2008 to 54% in 2010. The trucks with engine standard Euro II or earlier have been reduced from 26% to 15%. There has been a replacement of both Euro II and Euro III vehicles. Euro II vehicles are having an age where they are normally replaced rather soon. The registered trucks are on average 6 years old. According to Statistics Denmark, the average age for the entire car park in Denmark in 2010, is 8.2 year for trucks.

Finally, it can be argued that Aalborg's image as an environmental conscious city is improved. And furthermore it might increase, or be a prerequisite for, the migration of people, companies and students to Aalborg. These impacts are not easily quantified, but should, none the less, be taken into account when evaluating the success of the measure. The same goes for the documented decrease in NO2 reductions.

The overall conclusion from the process evaluation is that LEZs are realistic, when they are introduced according to national policy. If national policy allows a LEZ installation and if the city has the required stakeholder support then a consideration of a LEZ makes sense.

D8.1 – Development and Experience of Bus Management and Traveller Information Systems in ARCHIMEDES 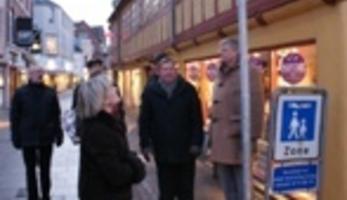 An inauguration event was held on Monday 2 February 2009 at 8 am. The event took place at one of the main entrances to environmental zone. The Alderman for the Technical...