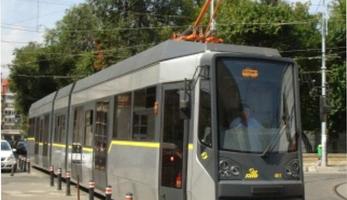 The modernisation of the entire fleet and the introduction of new technologies in Bucharest will contribute to reducing noise and air pollution.

Bucharest is confronted with some major traffic problems, including high energy consumption and noise and air pollution. In order to address the challenge, the measure was aimed at creating a clean public transport fleet based on low-emission and silent vehicles. The use of electric vehicles in public transportation was also promoted through technological and economic support.

During the TELLUS project, the Bucharest public transport network RATB increased its operational fleet with 60 new trolleybuses and eight trams fitted with energy-saving devices. Improvements to the operating efficiency of the trams (higher speeds, greater comfort and reliability, reduced noise and vibration, and lower maintenance costs), were accompanied by the modernisation of the tram infrastructure (tracks, electric substations and network and passenger shelters). By the end of the project, 35 percent of the tram infrastructure had been modernised.

After the end of the TELLUS project, the RATB continued to renew its fleet with energy-saving vehicles and to rehabilitate the tram infrastructure. By the end of 2009, the trolleybus fleet had been entirely renewed with 300 energy-saving vehicles (100 of them low-floor vehicles) and the tram fleet included 56 energy-saving partially low-floor vehicles. All the new trams were manufactured in the RATB’s repair plant. In addition, more than 50 percent of the tram infrastructure had been modernised.

The introduction of new trolleybuses and trams in the RATB fleet, along with infrastructure modernisation and improvements to energy-inefficient components in existing vehicles, led to a reduction of more than 25 percent in the total energy consumption of electric transport traction.

In addition to reduced energy consumption, the new vehicles were quieter and contributed to improving the attractiveness and safety of public transport.
The RATB design team developed a prototype for a new partially low-floor tram during the TELLUS project. The new tram was manufactured at the RATB plant and was put into operation in 2009 after testing and homologation. 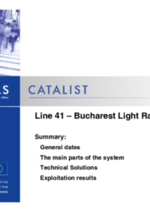