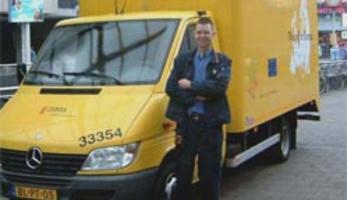 The goal was to demonstrate the viability of using clean, quiet, energy-efficient vehicles for urban goods deliveries.

Three transport companies are responsible for the distribution of 70 percent of all parcels and packages in Rotterdam. Prior to measure implementation, a small-scale demonstration had been implemented as part of the local ELCIDIS project. The vehicles had to prove themselves in the existing logistics systems of the three participating companies. However, due to technical problems, the trial under the ELCIDIS project could not be concluded.

This measure was therefore designed as an extension of the demonstration, in order to develop a better understanding of the technology. A further goal was the preparation of a plan to procure clean vehicles for urban distribution at private companies, and to obtain the necessary political support for the introduction of cleaner vehicles in commercial distribution.

Under the ELCIDIS project, seven electric vehicles for urban distribution were introduced for deliveries of parcels and packages between April 2001 and January 2002. However, due to technical problems it was not possible to conduct satisfactory tests during the ELCIDIS project period. It was therefore decided that the TELLUS project would extend the testing period to gain better insights into vehicle performance.

Only two out of the seven vehicles used in the previous project period were still in operation, and were being used by the company DHL. Despite efforts by DaimlerChrysler to prevent breakdowns, technical reliability remained a constant problem even under the TELLUS. During the test period there were failures of the electric system controlling battery management. DHL was nevertheless willing to continue the test, as a result of the agreements made with DaimlerChrysler regarding the replacement of broken down vehicles. However, in the course of 2004, DaimlerChrysler decided not to extend the contract with DHL after the 36-month testing period.

The technical problems related to the installation of the batteries were an insurmountable barrier to measure implementation. Even the two vehicles still in operation by DHL at the start of the extended test period were subsequently taken out of use. There is no sound basis for the more extended implementation of such vehicles, especially since investment costs are considerably higher than for conventional vehicles. Nevertheless, perceptions regarding clean vehicles are positive, even among operators, in terms of reduced noise and emissions, thus there would be no great obstacle to their introduction for city distribution if technical problems are addressed. 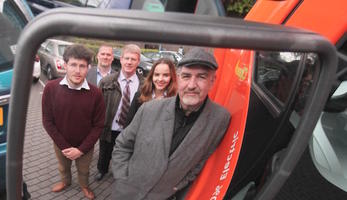 SMARTFUSION Wins two awards in two weeks!
It was the Delivery Consolidation scheme and Electric Vehicle which captured the judges attention.