The measure intended to include integration of information systems, fares and timetables of all public transport operators but due to the late introduction of national standards for e-ticketing, it had to be modified. Nevertheless, the new system is an innovation for operators on the local and regional level and a complete novelty to passengers, who are able to plan journeys online and travel with one ticket on all transport modes.

Previous differences in timetables, fares and services have made the system difficult to understand and frequently caused some trouble, therefore Ljubljana decided to make public transport more user-friendly, fast and attractive by integrating information systems, fares and timetables of the entire public transport system. The public transport portal with information for train and city bus has been established on Google Transit and is used to plan trips with public transport. It is an innovation on the Slovene market and a complete novelty to passengers, who are travelling from other parts of Slovenia to Ljubljana. Passengers are also able to buy and charge the contactless card Urbana on major train stations throughout Slovenia.

The main objectives were:

The integrated city card was introduced as a payment tool and later as a ticket for the city area that will through a pilot project be expanded to the region. In the future, the results may even be used for implementation at state level or beyond. Based on electronic ticketing technology passengers can purchase tickets via a new modern payment system including M-Pay technology that provides cashless payment via mobile phone. The city also created a common website (Google Transit) that offers travel information for the entire public transport network in the city and enables route planning in Ljubljana.

Ljubljana adjusted the conditions and fare systems of the public transport operators, as well as payment systems and distribution channels as the basis for an integrated system in the future. The compatibility of different ticket forms, for instance SMS, is checked with the public transport operators.  All buses are equipped with the technology to facilitate the new system, Ljubljana is collecting data on the results followed by an in-depth analysis with a particular focus on customer satisfaction. Other activities include an outreach campaign and training of staff. If successful, the city may advocate for the adoption of the system at state level. From July 2011, buying and charging city contactless card Urbana has been implemented in information centre on Ljubljana railway station. Expanding this service to other major stations in Slovenia is planned as well.

Global PT portal has already been implemented by Google Transit partners and passengers can already get information about timetable and journey planner from web site Google transit http://www.google.com/transit/.

During the project, all bus stops were equipped with exact dispatch information for that particular bus stop. So passengers know exactly, when the buses are dispatching from each bus stop. On some more important bus stops (130) new panels were installed, on those there are displayed city maps and some additional information important for the passengers.

Ljubljana’s PT operator (LPP) and Slovenian Railways (SZ) jointly prepared timetable and station position data for the Google Transit portal, operational since September 2011, a significant step forward in the promotion of sustainable mobility (again a novelty brought to Slovenia by ELAN). The experience from this attempt of integrating data from the two biggest PT providers in Slovenia and the project on fare integration of urban and suburban bus companies are considered by the Ministry of Transportation as pilot projects to be implemented on a larger scale. The ministry is currently defining the Slovene fare integration standardization guidance system, so a real boost to E-ticketing and fare integration in Slovenia is expected soon.

Almost one quarter of survey respondents are using the PT planning service Google Transit at least occasionally after nine months availability (since September 2011).

The ticketing system integration by two bus service providers, urban (LPP) and suburban (Bus d.o.o.), was very well accepted by the regular PT users from suburban area, with on average 34 000 users per month and an increasing trend of additional 600 users per month.

The selling of Urbana contactless cards and their recharging is below expectations (the targets were half-achieved), but the sales volume increases at a slow rate of 14 € per month on average. The poor result depicts the exclusion of railway PT service provider from the ticketing system integration.

All 130 bus stations in Ljubljana are equipped with new station-specific timetables. 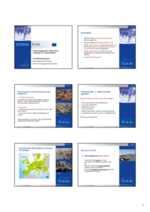 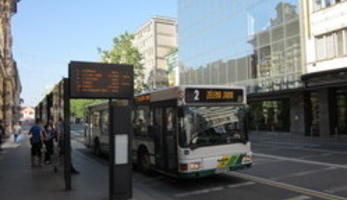 Public transport users in Ljubljana can now plan their trip by bus more efficiently. CIVITAS ELAN contributed to establishing a new tool that enables them to plan...