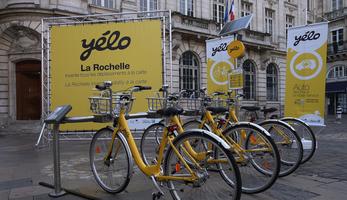 To complement the city's first bike rental system, known as vélos jaunes, which was launched in 1976, La Rochelle developed an innovative bike-sharing system that is fully integrated within the public transport network.

Bike sharing, mainly for short-duration usage, can be an efficient took in global bike policy at local level. In an effort to reduce the number of car trips made in the city, and the associated pollutant emissions, a new bike-sharing system was introduced, building on an existing bike rental scheme. The main objectives were to:

Initial research was carried out in partnership with the School of Industrial Engineering in La Rochelle (EIGSI) to determine the parameters of the new system. In total, 120 bikes, available 24 hours a day, seven days a week, were put into operation at 12 stations located at the main transport and activity hubs (railway station, universities, P+R). The system evolved continuously, in terms of both geographical cover and technology: 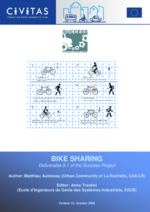