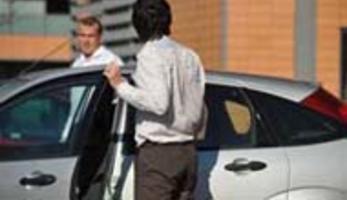 Membership based car sharing organisations (known as ‘car clubs’ in the UK) provide pay-as-you-go access to vehicles. They have developed in recent years giving users access to a car for journeys where this is the most suitable means of transport. Brighton & Hove had hoped to expand the scheme as part of this project.

Membership based car sharing organisations (known as ‘car clubs’ in the UK) provide pay-as-you-go access to vehicles.  They have developed in recent years giving users access to a car for journeys where this is the most suitable means of transport.

Whilst significant efforts were made to progress this project, insurmountable barriers were encountered and the project was formally cancelled.

Work in Brighton & Hove has shown that financial viability, negatively affected by lower density locations, is the fundamental barrier to delivering car clubs in less densely populated areas with the following being key contributors to this situation:

Although efforts to pursue alternative options in Brighton & Hove proved to be unsuccessful, the following have been identified as potential solutions to the difficulty of establishing car clubs in areas of lower population density: 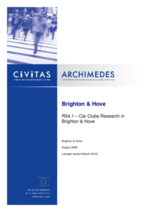