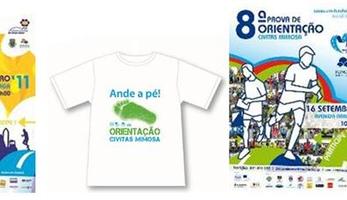 In order to prevent a further increase of pollutant emissions and other environmentalconsequences, the Municipality established this measure based on four interventionschemes, namely eco-driving, public transport, pedestrian circulation and schools.

The improvement of family income and the infrastructural development that occurred in the last decade in Madeira´s Autonomous Region sharply changed mobility patterns, creating new and complex mobility needs and putting strong pressure on the territory due to urban expansion. Due to this fact, there was an increase in the number of cars and an increase of pollutant emissions. Public transport has been suffering continuous losses of passengers over the last few years, so in order to counter this trend, awareness campaigns were developed among younger people.
The measure objectives were to:
• Increase the modal split towards more sustainable modes;
• Improve quality of life;
• Foster eco-driving skills among the general population;
• To advertise and promote the city areas dedicated and reserved for pedestrians, i.e, the roads closed to car traffic and parks, through the organisation of orienteering competitions;
• To promote sustainable mobility habits among students;
• Promote the advantages of using public transports.

The measure was implemented in the four following fields:
School Mobility Manager Campaign (2010 – 2012) - The school mobility adressed mainly students, since they were a target group that is more keen on changing habits. Within this component, the Municipality developed a large range of activities such as thematic conferences, playful activites, distribution of t-shirts and video competition. In total, over 1000 students from seven schools took part in these activities.
Pedestrian Circulation Campaigns (2009 – 2012) - The pedestrian mobility campaigns consisted of a ”City Treasure Hunt” in which the participants were invited to (re)discover the city by walking in a playful way. In total eight events were conducted (2 per year) and over 1500 citizens participated.
Public Transport Campaigns (2010 - 2011) - The public transport campaigns sought to promote among the population the environmental and economic advantages of using bus on a regular basis. For that purpose, conferences were organised and three editions of the “Get Around in Funchal by Bus” activities were carried out. 400 people participated in this activity.
Eco Driving Campaigns (2010 - 2012) Besides the training campaigns for both Municipality fleet drivers and bus drivers (an activity described in detail in FUN 6.1), workshops were carried out for citizens in general, aiming to familiarize them with the advantages of eco-driving, a driving practise that aims at reducing fuel consumption and polllutants emissions.

The measure proved to be successfull since the majority of the goals were achieved. For instance, the pedestrian campaigns, in which 8 events were conducted, 1500 people participated. The eco-driving habits were improved, since according to the surveys carried on during 2010 and 2011, the participants showed that they are familiar with eco-driving, perceiving it as fuel savings (31,4% in 2010 and 31% in 2011) and less CO2 emissions (46,8% in 2010 and 43,1% in 2011).
One of the most significant successes of the measure was the campaign focused on public transport acceptance so called "Get Around in Funchal by Bus". Such a campaign can be easily replicated in other cities since its easy to organize, its innovative, its fairly cheap and it creates a synergy among schools, environmental associations enabling to reach a large public. In the frame of MIMOSA project, the campaign was already successfully replicated in the city of Tallinn (see TAL 4.1 – (Mobility Management and marketing activities directed at popularising the usage of active transport modes). This showed the importance of sharing and exchanging ideas and experiences on methods to involve citizens and raise awareness towards behavior change.
Overall, most activities carried on revealed a high degree of satisfaction by participants and showcased the importance of developing similar actions in the future. The school mobility campaign, for instance, contributed largely to communications on sustainable mobility issues with students. Both the pedestrian campaign and the public transport campaign played a significant role in raising citizens’ awareness due to the innovative approach. 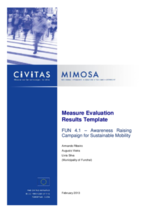 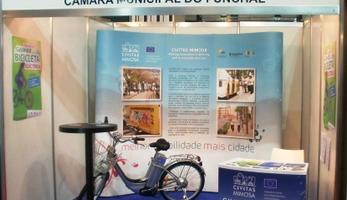 CIVITAS MIMOSA was present once again at Expomadeira, the largest economic activities fair in Madeira, to update Funchal’s business community on the CIVITAS objectives...