Tampere is a city of 213,344 inhabitants, located in Finland. As Tampere is proud of its industry, it is also referred as the “Manchester of Finland”. The manegement of the town has implemented respectable measures for making public transport more attractive, and thus the whole city management more sustainable.

There is no tram in Tampere at the moment, but a preliminary master plan for a city light rail system is being made. If the plan is approved by the city council, the construction of the line would start around 2015. Factors influencing the success of the tram is the need to be able to attract more passengers, the increasing price of diesel fuel, while the main challenge is ensuring a tram’s energy efficiency by means of high passenger volume.

Tampere’s bus stops are planned to be equipped with screens that give real time information on when the next bus will arrive. Information screens on buses show the name of the next stop and delivers information on traffic disturbances, altered routes etc. Traffic-light prioritization for buses is also planned to be realized. Tampere City Transport expects to acquire two hybrid-buses in 2012. In addition, the city administration plans to add about five electric vehicles to its own car fleet.

Tampere’s Citybike system was introduced in 2010. There are 18 city bike stands and 75 citybikes in circulation; further safety and security developments are being elaborated.

Tampere works on the implementation of its sustainable urban transport measures in cooperation with the Joint Authority of Tampere Central Region and the Tampere City Transport (municipal corporation). The Tampere Regional Economic Development Agency (TREDA) is a partner in the realm of electric cars and sustainable logistics. The centre for economic development, transport and the environment of the Tampere Technical University, consultant companies and cycling NGOs are also regularly consulted with. 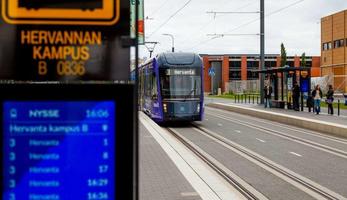 Graduates of this brand-new Master’s Programme at Tampere Universities (Finland) jointly plan and design efficient solutions for a resilient and sustainable future.... 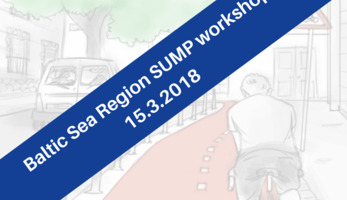 Do you want to learn more about Sustainable Urban Mobility Planning?