Szeged, a city of 168,000 inhabitants 180 km south of Budapest, is the regional centre of southeastern Hungary. Szeged is a food-processing hub and is well known for its paprika, fish soup and salami.

The city of Szeged demonstrates a modal split of 47 percent for public transport, 23 percent for walking, 21 percent for private cars and 9 percent bicycles.

Its strategic approach to transport management is currently defined by a sustainable transport policy adopted in 2007. This resulted in a sustainable urban transport plan whose main targets are to increase the modal share for public transport; develop the bicycling network; and introduce access and speed restrictions in the city centre.

Despite financial difficulties, good progress has been made. A "megaproject" to improve the trolleybus and tram networks was drawing to a close in 2013, with nine low-floor, Polish-built PESA trams in service and an extension of the tram network by 4.8 km. Thirteen new low-floor trolleybuses had entered into service, and the trolleybus network had been extended by 3.7 km. A new ITS system featuring real-time passenger information was on the way.

Szeged's bicycle route network was extended and public bike racks installed during the same project. A resulting increase in cycling levels took a toll on public transport modal share, however the integrated nature of the megaproject ensured this loss was less significant than in other Hungarian cities.

Several Tempo 30 zones have been established in the city, and now most residential areas have a 30 kph speed limit. Special emphasis on clean vehicles and alternative fuels has been demonstrated through the introduction of new buses with higher EURO standards.

Six transport junctions have been modernised to give priority to public transport. A plan to create bus priority lanes on Szeged's Second Ring Road was scrapped in 2011 for financial reasons, but work on the bulk of the city's sustainable transport initiatives continues.

Szeged was also expected to become home to Hungary's first-ever community bike-sharing system. Developed by a private enterprise with an EU subsidy of EUR 150,000, the system was expected to feature 70 to 80 bicycles at up to 12 docking points. As of August 2013, the bicycles had been purchased but technical work on the system was still in progress.

Long-term plans include the revitalisation of the Tisza River embankment and additional bicycle routes.

Szeged City Hall works on sustainable transport measures in cooperation with private consultancy companies and other professional enterprises in the field of transport. 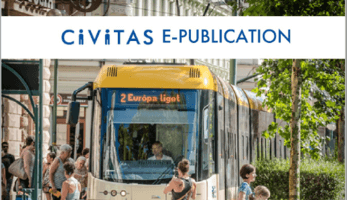 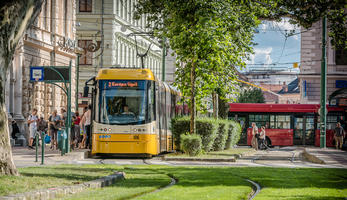 Learning from your city peers as if you were visiting them - how is that supposed to work during a global health pandemic? 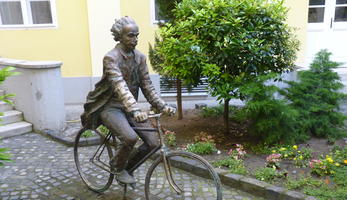