Örebro is a city of 156,000 inhabitants, located 200 km west of Stockholm. Örebro is a university city and also a logistics hub with good access to national road and rail networks.

The city is working on a package of measures for a more sustainable transport system. Örebro Municipality demonstrates a modal split (2017) of 50 percent car, 8 percent public transport, 27 percent bicycle, 15 percent pedestrian. The target is to reduce the share of cars to max 40 percent by 2020. The current SUMP was adopted in 2014 and its main goal was to reduce car dependence and car accessibility in the central parts of the city. Significant efforts go toward maintaining and, hopefully, increasing the high share of cyclists. In addition, a BRT system (Bus Rapid Transit) is under development 2021-2025, and the parking instrument has been used in a more active way to change travel habits in recent years.

Since 2020, the municipality has also a Sustainability Program, based on the global Agenda 2030 goals. It serves as a baseline in a SUMP revision started in 2021, hopefully resulting in a new plan to be adopted in 2023. The municipality has been involved in several European projects in the field of sustainable transport, among them Baltic Sea Cycling (lead partner), Bustrip, CHAMP, and Push & Pull. The city has also promoted clean vehicles and fuels. Specifically, a new biogas production plant opened in 2009, and now all the city’s buses run on this fuel. 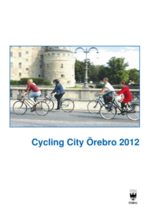 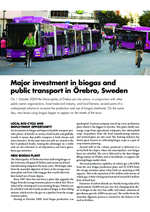 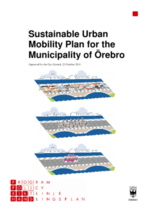 Sustainable Urban Mobility Plan for the Municipality of Örebro