Dublin is a city of 506,000 inhabitants located near the midpoint of Ireland's east coast at the mouth of the river Liffey. It is the capital of Ireland and the largest city in the country. It was founded in 988 AD by the Vikings and is famous for its literary figures. Recently the city focuses on smart mobility measures...

According to 2007 data published in the Irish Business and Employers Confederation’s “Vision for Dublin”, the modal split in the greater Dublin area broke down as 44 percent for personal cars and 56 percent for public transport. The latter category broke down further as 30 percent for rail and 70 percent for buses.

Prior to the announcement of a four-year national austerity plan in the fall of 2010, Dublin had been pursuing several initiatives to enhance sustainable transport, including a major national capital investment programme called Transport21. This involved a planned outlay of more than EUR 34 billion for the period 2006-2015.

Significant investments had been made in Dublin in traffic management, especially through implementation of Quality Bus Corridors (16 in service at the end of 2008) and a system of bus prioritization on city roads. These have improved the carrying capacity of major radial routes into and out of the city center.

Ongoing projects had included the extension of existing tram lines (Luas) and the addition of new ones - with six total lines envisioned by 2014. The city also planned to build an underground system, the Dublin Metro, which would be fully segregated from and undisrupted by street traffic. Urban transport was to be enhanced by the renewal of rolling stock for Ireland’s intercity trains, and the addition of routes and other improvements to Dublin’s bus services.

In 2009, the city launched a public bicycle-hire system, Dublin Bike, with 450 bicycles. It employs third-generation bike-sharing technology like pioneering systems in Lyon and Paris.

There was no information available on Dublin’s strategic urban mobility planning or on the use of partnerships and stakeholder cooperation in this field. 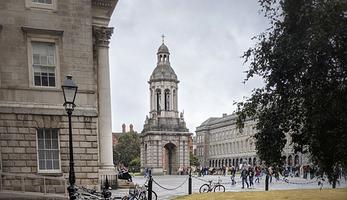 Since the beginning of the COVID-19 crisis, car traffic in Dublin has decreasd 70% thanks to restricted travel. The change is bringing more happy cyclists to the...