Brno is the second largest city of the Czech Republic with a population of nearly 400,000 and an area of 230.19 km². The city can build on advanced public transport infrastructure to further develop its sustainable mobility culture and reverse a decreasing trend of fewer public transport users.

Brno is the political and cultural hub of the southern Moravia region within a two hundred kilometre radius of Prague, Vienna and Bratislava. It hosts national courts of justice, the internationally renowned Brno Exhibition Centre, and universities where more than 80,000 students study. The city has a long tradition as an industrial centre but is turning more and more towards service industries and research. Through the construction of new buildings, most notably the Tugendhat Villa that has been granted UNESCO world heritage status, Brno has acquired the character of a modern city.

Brno has a very well developed public transport system. The tram and trolleybus, an electric bus that draws electricity from overhead wires, are its low-polluting backbone. Brno has the largest trolleybus network in Europe consisting of 140 vehicles that cover routes of 94 kilometres and transport 45 million passengers a year. To divert traffic from the city centre, a new international railway junction project and the development of the city ring road are underway. Brno has also created cycling and pedestrian zones in the centre.

At 57 percent (data from Modal Split 2012 survey), the modal share of public transport remains relatively high in Brno. Yet, the city is witnessing a slow decline. Another challenge Brno needs to address are the changing needs of the city’s shrinking and ageing population. Furthermore, it needs to ensure that new residential areas have access to sustainable modes of transport. Brno wants to address these issues while seeking solutions to make its transport system more sustainable.

The primary goal of the Brno’s participation in CIVITAS ELAN was to enhance the quality of public transport and lead more people to make use of the services. Since the start of the project, Brno has equipped all ticket vending machines with a system that automatically alerts the control centre of any defects, so they can be fixed promptly. Customised travel information has been working on to make public transport more appealing. In response to an ageing population, Brno introduced new low-floor minibuses that allow people in wheelchairs easier access. Brno also wanted to upgrade its public transport fleet to make it less polluting and more energy efficient. It has for example installed a heating regulation system in trams and trolleybuses to optimise energy consumption. Brno saw a unique opportunity in the international collaboration to learn how to better respond to citizens’ mobility needs. To this end, the city entered into a comprehensive mobility dialogue with its citizens that kicked off with the first marketing survey in July 2010. Since that this survey took place every year. The results of the survey were incorporated into the transport plan for respective years.

Within CIVITAS 2MOVE2 project City of Brno will focus on the freight logistics in the city centre, innovative parking measures (interconnection of the payment systems with the Public Transport Company, construction of Park & Ride parking facilities) and feasibility study of the emission zoning of Brno. Public Transport Company (DPMB) will focus on reduction of energy intensity of public transport vehicles and extension of bicycle transport service in public transport. Together with the City of Brno it will also focus on electromobility. All these measures will help to make public transport even more attractive, efficient and multimodal.

The Length of the road network in the city of Brno is 970.3 km, including 15 km of motorways (D1, D2). The system includes three levels of motorways and ring roads to avoid through traffic in the city centre:

The City of Brno faces the challenge to maintain its relatively high share of public transport and to foster the use of sustainable transport systems. Demographical change is another important issue to be addressed, as a decline of inhabitants and aging of the populations are strong trends, which the city of Brno needs to address in a new spatial plan. The main goal is more sustainable development and the prosperity of the city of Brno connected with the growth of the number of inhabitants. With regards to land use the city needs to make available the new housing areas and also developing areas in the new spatial plan. All these areas have to be well served by PT to ensure that people have access to sustainable modes of transport.

The other important documents for transport planning are general plans for the particular transport modes such as walking, cycling and public transport. There is also a so-called Transport Policy, document approved by City Council. The City of Brno is currently in the phase of the preparation of the Sustainable Urban Mobility Plan (SUMP).

In Brno all measures continue after the end of the CIVITAS ELAN project in September 2012.

Brno was successful in next CIVITAS Plus II Call and from 2013 CIVITAS 2MOVE2 starts its implementation.

More information can be found on Brno CIVITAS website. 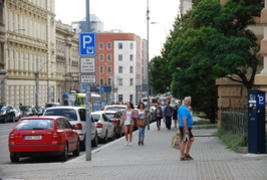 Smart parking in the City of Brno 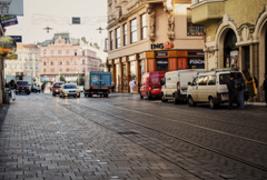 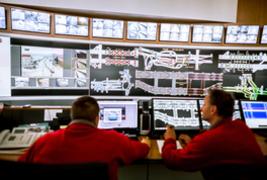 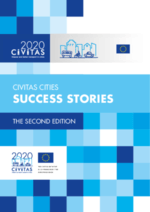 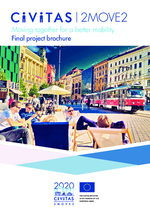 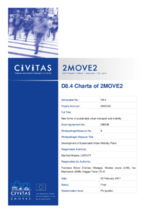 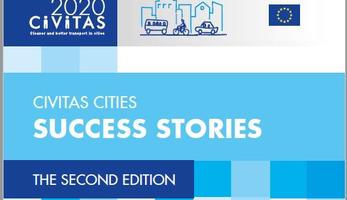 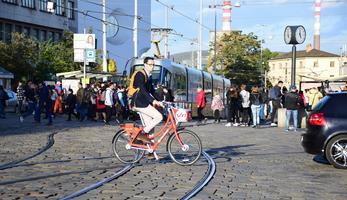 Parking management includes a variety of strategies that encourage more efficient use of existing...