The city of Aachen with its 248,000 inhabitants is a historic one where 32 emperors had been crowned at different points in history. It is the westernmost city of Germany, located in North Rhine-Westphalia, close to the borders of Belgium and the Netherlands. The city has four universities, making it a young, dynamic and highly educated metropolis. Aachen has a long tradition in sustainable urban mobility planning and has been appointed as a German model region in both mobility management and electromobility.

Aachen is the cultural and scientific centre for the greater region which holds 570,000 inhabitants. Due to the bustling activity of its universities and public sector, Aachen was appointed as a model German region for electromobility since 2010 and for mobility management during 2009-2011 by the German Federal Ministry of Transport.

Aachen is a very young city, with 21% of the population being between 20 and 29 years old. Altogether, 38% of the population is below 30. Nearly 40,000 students attend Aachen’s four major colleges and universities (RWTH Aachen, University of Applied Sciences, Catholic University of Applied Sciences and Academy of Music). Cooperation between the universities, chambers of industry, research institutions, companies and the city has resulted in many international enterprises and research institutions making Aachen their home.

In relation to the population, the density of 424 cars per 1000 inhabitants is one of the lowest in the state of North Rhine-Westphalia. Aachen is very active in reducing car traffic by promoting carpooling and car sharing.

After the tram and trolley system was shut down in Aachen in the 1970s, public transport has been operating by bus. Since 2001, the reactivation of old tracks has been the most important task in the field of regional sustainable transportation. The 'euregiobahn' is a system of cross-border regional trains connecting the economic capital Aachen and the surrounding areas. The step-by-step development is still in progress – currently 10,000 passengers use the system connecting 26 stations daily.

Aachen has a lot of hills, and for this reason cycling is not as popular as in the nearby Netherlands. Nevertheless, the city has undertaken many efforts in the last decades to enhance the conditions for cycling. The planning department aims at increasing the percentage of cycling from 10% up to 15% and more in the next five years by expanding the bicycle lanes to central city roads.

Aachen has been involved in the promotion of sustainable energy and transport for decades already. The city was one of the first in Germany to develop a traffic development plan or 'Verkehrsentwicklungsplan' (VEP) in 1995.

The core of the CIVITAS DYN@MO activities in Aachen will be a dynamic regional Sustainable Urban Mobility Plan (SUMP). The approach of Aachen is to involve stakeholders and citizens in mobility measures at an early stage and thus to reach a common position which can be expressed region-wide and nationwide. This will be the principle in the SUMP process beginning from now. The SUMP will set a framework for extending the use of environmentally-friendly and silent vehicles with special focus on hybrid buses.

An intermodal mobility alliance including an information platform with dynamic public transport information will be established. The hotspot areas will show innovative sustainable mobility concepts in cooperation with housing companies and the university campus. Aachen is the first city to work together with a housing company in a CIVITAS demonstration project. The new services of the mobility alliance will be tested in these sites together with environmentally-friendly and silent new vehicles (pedelecs, hybrid cars, delivery services with electric vans).

The local government adopted the “Vision mobility 2050” which contains visions for electromobility. The research institutions at universities, development and production and its application are available in the city.

The City implemented 100% electric fleet (18 BEVs) within the broader framework of the new regulation for business trips of the city administration to reduce heavy commuter traffic, CO2 emissions and parking space use.

For many years, employees were reimbursed for the use of their private cars when doing business trips and partially subsidized for their work park space. Beside electric fleet, the City subsidizes a “Job-Ticket” for the use of PT and pays for the use of rental pedelecs “VeloCity”. All offers can be used with one “mobility card”. The pilot phase started in 2015. The planning and booking of all trips is organised through the platform “mobility broker”, developed by the local PT provider. The City cooperated with a specialised regional consulting company that conducted an analysis collecting data by all respective employees/ drivers with a total of 122 private cars and six municipal cars (Dienstwagen) amounting to 2,200 business trips over six weeks. By the analysed data, the size and configuration of the future fleet could be determined. The integrated approach of public private partnership has been crucial for success. The fleets cars can be used by Aachens’ citizens in the off hours and on weekend via the local Car Sharing provider «cambio». 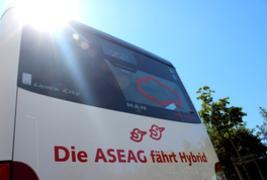 Integration of hybrid buses-towards a clean fleet in public transport 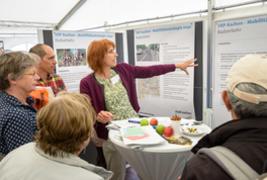 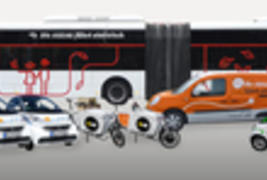 Implementation of environment-friendly and silent vehicles 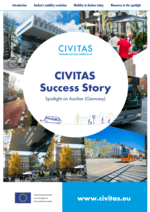 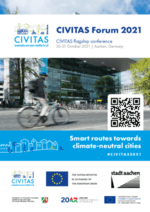 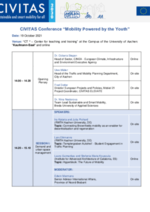 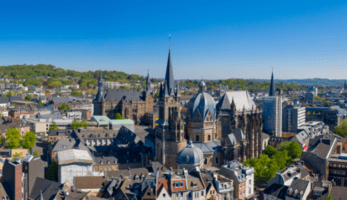 SUMPthing to be proud of: insights from the City of Aachen

Learn from Aachen's exceptional SUMP approach, which led to the city being featured as a CIVITAS Success Story, and to Aachen claiming the "Transformation Award"... 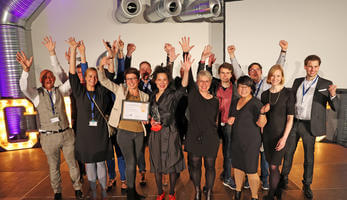 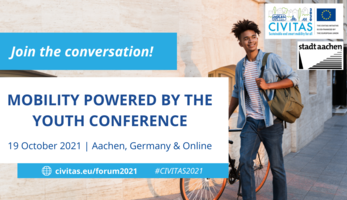 Mobility Powered by the Youth Conference

Young changemakers in the sustainable urban mobility field will engage at the first Mobility...