The results of the CIVITAS Awards 2016 for the most ambitious, innovative and successful efforts in the field of sustainable urban mobility were announced during the CIVITAS Forum Conference 2019 in Gdynia.

The ceremony unveiled the most outstanding solutions, technologies and innovations in sustainable urban development under four different categories: Technical Innovation, Public Participation, CIVITAS City of the Year, and last but not least CIVITAS Transformations, a new category created this year to highlight exceptional city transformation in sustainable urban development.

In the second category of Public Participation, the winning streak went south to Bologna, Italy, to award the city for its novel use of online applications in order to assess user needs. This innovative solution involved as many as 46,000 cyclists in May 2016. It also completely did away with lengthy interview processes to track public feedback and metrics, thanks to developing and spreading the gamification biking app mentioned above in the Gdansk case. Each of the 52 cities from 17 different countries found a way to benefit from the large amount of data collected.

The runner-up and the 2nd runner-up in this category are respectively the cities of Porto and Joinville. 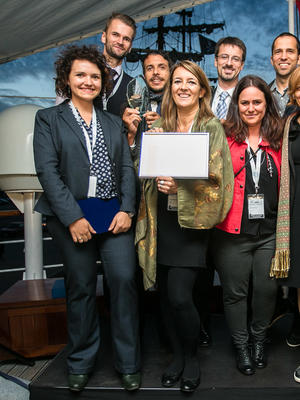 Attractive new pedestrian streets, fabulous new biking lanes, great new public transport routes, and an overall transformation around the city’s UNESCO-designated old town: these are just some of the impressive changes characterising the CIVITAS Transformations award, launched this year for the first time, and proudly received by Poland’s historic second-largest city, Krakow. With one of the longest car-free street networks in the world and large scale reallocation of road space, along with significant improvements in limiting greenhouse emissions, Krakow has shined this year above the other contestants in this category.

The runner-up in this category are the cities of Palma (Spain), Odense (Denmark) and Gothenburg (Sweden), while the second runner-up is the city of Parma (Italy). 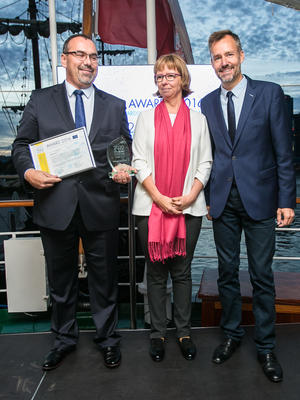 Having conducted an intensive analysis of sustainable transport requirements and user needs, Malaga has proudly implemented brave public transport measures throughout the year to improve the public bicycle system, electric car infrastructure, city centre access, logistics, metro, regulated parking, safer routes to schools and much more. An active member of CIVITAS 2MOVE2 among other enterprising transport projects and organiser of CIVITAS summer courses, the city recently committed itself to implementing UN Climate Change Summit recommendations, reduce emissions and monitor air quality. Its dedication, innovations and successes have very deservingly earned it the title of CIVITAS City of the Year. 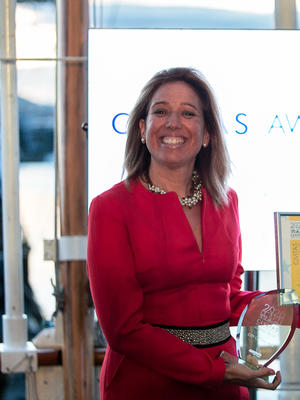 The ceremony unveiled in the first main category of Technical Innovation a Polish winner, the city of Rzeszów, considered the largest city in south-eastern Poland. Rzeszów successfully launched two new prototype heated bus shelters for its citizens, complete with energy saving technology and a modern design, impressing judges with the idea of going beyond vehicle technology to address the waiting area for citizens as well. More such shelters are now planned for the city and beyond!

As a runner-up for the CIVITAS award in this category, the European Commission acknowledged the city of Aachen (Germany). 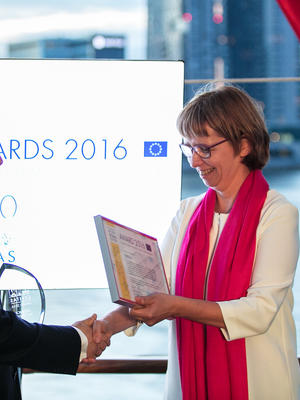