The results of the CIVITAS Awards 2015 for the most ambitious, innovative and successful efforts in the field of sustainable urban mobility were announced during the Forum Conference 2015 in Ljubljana. The Awards were handed in by Magda Kopczyńska, Director for Innovative and Sustainable Mobility in DG MOVE.

Needless to say, all the cities and runners up in all three categories are worthy examples for inspiring others to transform their urban mobility into a model of sustainability.

The category of City of the Year had two candidates, Reggio Emilia and Tallinn, in this scope Reggio Emilia won the title of CIVITAS City of the Year for its urban mobility plan featuring several impressive mobility solutions that have transformed its historical city centre and engaged citizens in its vision for change. Its mix of urban transport options and highly successful public engagement has helped the city to earn this prestigious award.

The runner up in this category, the city of Tallinn, incorporated valuable best practice from CIVITAS, successfully prioritising public transport over private car owners. 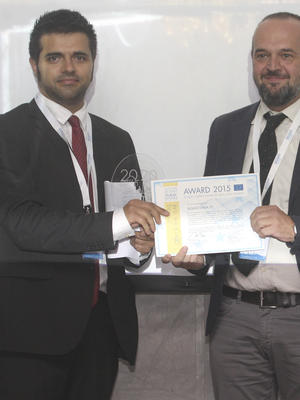 In the category of Technical Innovation, the first place was won by the city of Umeå that shined in innovation this year with its impressive ultra-fast charging technology in electric buses. The city substituted its conventional bus fleet with a fully electric one, establishing an innovative system to recharge every hour and creating an excellent solution that could be replicated in other cities.

In second place was the Danish city of Odense which won recognition for its CykelScore project and 'gamification' of sustainable transport, involving a wide number of stakeholders in its efforts, including children. Palma de Mallorca, Spain, was also recognised in third place for its online app to promote urban transport and attract a significant number of citizens. 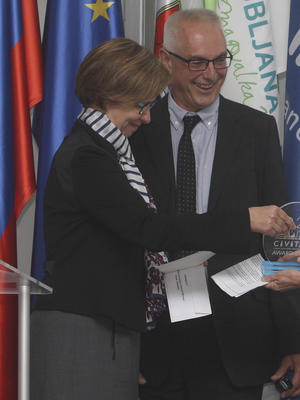 The category of Public Participation had also only two candidates city of Valencia and city of Beja, Valencia claimed first place with its promotional drive using social media to promote public transport 'Travelling together every day'. Its well-planned and inclusive awareness raising initiatives in sustainable mobility impressed the judges, effectively reaching out to citizens, interest groups and school children. The result was a dramatic increase in the use of bus journeys by 250,000 in only six months!

The city of Beja was praised as runner up with an admirable campaign to promote public transport and improve accessibility for its citizens. 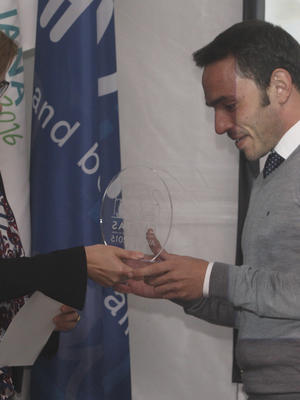