The VIVALDI project sought to implement an integrated package of innovative transport strategies and measures in five EU cities, and to assess their contribution to improving four key urban policy goals:

Through a reduction in motorised traffic and a measurable shift to environmentally friendly modes of transport, VIVALDI led to a substantial reduction in emissions of air pollutants and noise.

Since a reduction in demand for travel was considered as the most effective way to cut emissions, the project comprised a range of measures in the field of demand management, including car sharing. There were also attempts to further reduce emissions by introducing clean vehicles.

A total of 69 measures were implemented during the project, a selection of which are presented below. In Aalborg, 209 buses were fitted with computers connected to a mobility centre that operates a real-time passenger information system. Around the city, 32 electronic displays were installed at the most important bus stops and at the four local railway stations.

The number of intersections at which buses have priority was increased to 51. New self-service information screens were installed at the bus terminal, where 24,000 searches were registered in the bus schedule.

In Bremen, nine new car-sharing locations were established with 33 vehicles, expanding the system to more peripheral sites that had not previously been covered. The idea was to raise demand for car sharing by installing high-quality stations with at least two cars, a concept realised in the districts of Vegesack and Borgfeld on the very edge of Bremen.

Another element of this measure was to open up the scheme by focusing on special target groups such as business people, cyclists and commuters. A new tariff for business users was developed in order to increase the use of car-sharing vehicles during weekdays.

In Bristol, a freight consolidation centre was created to provide consolidated deliveries to more than 50 retailers in the Broadmead shopping area. The centre is located 11 km from the city centre, close to the strategic road network.

The scheme was developed with the active support and participation of key local and national stakeholders, including the Broadmead Board (representing the interests of retailers), Business West (the chamber of commerce), and representatives from the freight sector. As the first such scheme in the UK, the centre attracted a lot of interest and was nominated for four prestigious awards.

In Kaunas, the flagship measure concentrated on the impact of modifying the public transport route system, including the elimination of some routes and better management of others, as well as methods of attracting new passengers and the impact on the number of cars in the city. The main objective was to modify the public transport system in order to satisfy public needs in relation to reliability, safety, comfort and economy, and to attract new passengers.

In Nantes, surveys on the topic of public transportation indicated the need to enhance the overall image of bus travel in comparison to the tram. National legislation required the city to increase the ratio of non-polluting buses in the fleet.

For this reason, new buses running on compressed natural gas were purchased and put into operation in the local bus network. As a result, the average age of the bus fleet had been reduced to five years by the end of the project. Fuel costs decreased by 7 percent and emissions of particulates by 90 percent.

In Bristol, there was a reduction in movements of delivery vehicles to participating retailers every month following the introduction of the freight consolidation centre. The reduction was generally around 50 percent, although it regularly surpassed 70 per cent.

There was also a reduction in vehicle-kilometres travelled each month following the launch of the scheme, and this reduction has remained at over 1,000 km per month, rising occasionally up to 5,000 km.

As a result of CIVITAS VIVALDI activities, the number of bus routes in Kaunas increased by 9 percent with the addition of four new routes. Better regulation and control meant that the number of minibus routes fell by almost 30 percent (with the cancellation of 14 routes) and, due to limited overhead electrical power lines, the number of trolleybuses rose to 16 on a single route.

In terms of total length, bus routes increased by 1 percent; trolleybus routes by almost 18 percent; and minibus routes by just under 2 percent. In terms of type of vehicle, minibuses comprise the biggest number, although there was a reduction of more than 18 percent between 2002 and 2005. In the same period, the number of trolleybuses remained unchanged and the number of buses rose by more than 72 percent. 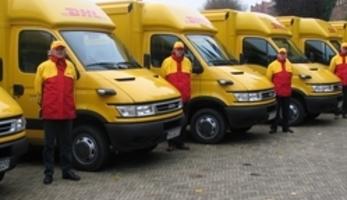 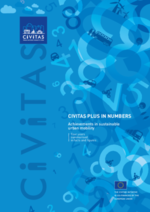 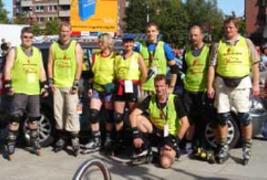 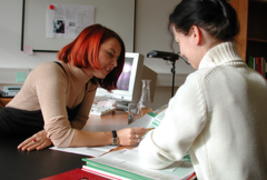