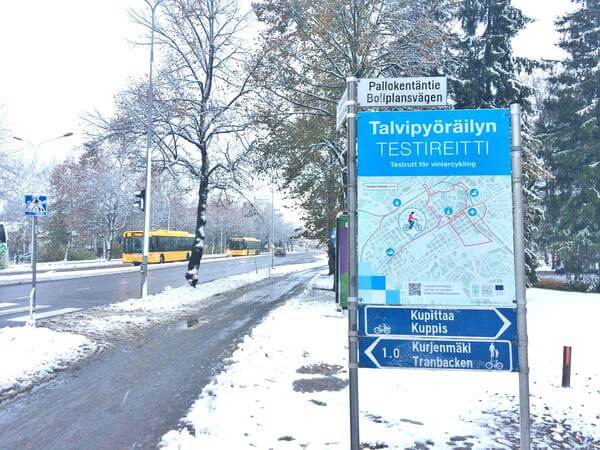 Winter conditions in Turku are known to be incredibly challenging for bike riders. That is why the City of Turku, as part of CIVITAS ECCENTRIC, is investing in winter-specific cycling routes to improve safety during the colder times of year.

Turku already has an extensive cycling network, and its further development is overwhelmingly supported by the general public. The recent Turku cycling barometer clearly demonstrated this - 96% of respondents are in favour of improvements to cycling infrastructure.

In October 2017, a test route was opened in the city centre. This 12km stretch was designed with winter cycling in mind, and takes riders along the banks of the River Aura, through the University of Turku campus, and to Kupittaa, Turku´s Living Lab area in CIVITAS ECCENTRIC.

Instead of using the traditional sand and gravel to keep snow off the path, it is removed by salting and brushing. This means that the route remains open and prevents hard ridges of snow from forming on the path's edges.

Anette Korkiakangas, who works on CIVITAS ECCENTRIC for the City of Turku, says that "we are experimenting with the new method and it is a learning process. The method has achieved excellent results in other countries, such as Sweden, but at the same time it is much more demanding to implement than the current methods".

The public is being encouraged to test the route and provide feedback. This will be taken into account when planning the route and its maintenance over the next few years. 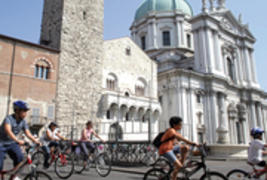