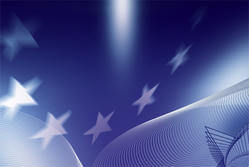 Introduced by the European Commission, the CIVITAS Awards honour the most ambitious European CIVITAS Forum Member Cities, which have shown their commitment by introducing innovative transport policies or activities aimed to achieve better and cleaner urban transport. The Urban Community of La Rochelle (France), the City of Piacenza (Italy) and the City of Graz (Austria) were officially recognised for their outstanding work at the official Award Ceremony celebrated during the CIVITAS Forum Conference 2008.

The CIVITAS Awards are aimed at rewarding local authorities who actively promote clean urban transport within the framework of CIVITAS. The awards, assigned to cities, fall under three categories: Category I and II Awards are granted to CIVITAS demonstration (I) and non-demonstration (II) cities that have been able to demonstrate over the last years a success record in translating stated policies into concrete facts and to prove that “Change is possible”. The third Award ‘CIVITAS City of the Year’, is given to one of the 36 demonstration cities that best handled the involvement of local stakeholders, the information exchange with other CIVITAS cities and has best promoted the initiative: the “CIVITAS Best Ambassador”.Winner of the Category I Award, the Urban Community of La Rochelle has successfully implemented several measures aimed to make public transport more attractive to its users. All transport modes (including bike-sharing, boats and park-and-rides) become easier and more practical by using an integrated pricing system with a unique identity called “YELO”. In addition, La Rochelle has launched a second generation bike-sharing system and has introduced new user-friendly information services in public transport.Category II Award recognised the work of the City of Piacenza, who has successfully created a partnership to promote alternative fuels within the city. Piacenza has also launched a free bus service which connects the city’s periphery to the inner city and has widened its Restricted Traffic Zone aiming to provide citizens and visitors with a cleaner and quieter city centre.Great ambassador of the CIVITAS Initiative, the City of Graz has been one of the first cities participating in the EU project CIVITAS and has always made a great effort in promoting the exchange of experiences. Graz’s traffic policy based on “soft mobility” measures has been highly disseminated among regional, national and international actors. And last but not least, the City of Graz has become a great ambassador of the CIVITAS Initiative at local level through a set of well proofed dissemination actions (website, local folder, press conference and special events) targeted to its main beneficiaries, the citizens.WE WOULD LIKE TO CONGRATULATE ALL THE WINNERS OF THE CIVITAS AWARDS 2008!