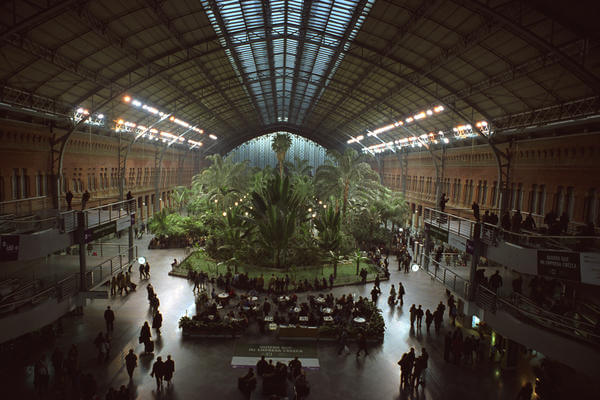 On Friday, 5 October 2007 three cities were presented with awards for their outstanding work on clean urban transport.The CIVITAS Forum 2007 hosted the official Award Ceremony where Mrs. Jean Yates, Chair of the CIVITAS PAC, Mr. Algirdas Butkevicius, Minister of Transport and Mr. Andrius Kupcinskas, Mayor of Kaunas officially recognised the outstanding work of the winning cities. The City of Ploiesti was awarded the best CIVITAS demonstration city whilst the City of Ponferrada received the award for best CIVITAS Forum Member and the City of Burgos was awarded the CIVITAS City of the year. For the very first time the CIVITAS Honorary Awards were offered to Ms Maria Alfayate and Mr Camille Durand.

The CIVITAS Awards are aimed at rewarding local authorities’ activities carried out in the framework of CIVITAS and at promoting clean urban transport at local level. Winners were selected by a panel of experts that applauded all initiatives undertaken by the various applicants.Winner of the Category I Award, the City of Ploiesti achieved great improvements in its public transport service by means of a traffic monitoring system and a unique dispatching centre. Thanks to its new GPS system that enables on-time passenger information, the number of journeys by public transport increased by 6 million from 2005 to 2006. 25 new buses were also equipped with LPG engines and 5 km of bicycle lanes in the city main boulevard were launched. These innovative measures meet the needs of Ploiesti citizens for better and easier mobility and ensure a cleaner and safer environment. Category II Award recognised the work of the City of Ponferrada, which launched biodiesel buses while at the same time increasing the frequency of buses and creating new bus lines. Thanks to these measures and the creation of a public vertical transport or lift, the City substantially increased the number of bus travellers. Ponferrada also created a new web-based bicycle system where people can easily loan a bike to travel in town. This new system already counts 300 subscribers and reduces noise and pollution emissions.Great ambassador of the CIVITAS Initiative, the City of Burgos received many delegations from India, Japan, Trento and from other Spanish cities. Through this exchange of knowledge, the City succeeded in spreading the need for sustainable mobility. CIVITAS gained popularity in Burgos thanks to the new cycling strategy of the city, the introduction of biofuels and the recovery of public space for citizens.For the very first time. this year, an additional CIVITAS Honorary Award was offered to Ms. Maria Alfayate and Mr. Camille Durand for their outstanding work in promoting and ensuring the success of the CIVITAS Initiative. Indeed, CIVITAS would not have been such a successful initiative without the contributions of these two key persons. Ms. Alfayate is one of the founders of CIVITAS and she has been devoted to it throughout her long career at the European Commission. Mr. Camille Durand is one of the most active members of the CIVITAS Political Advisory Committee. Thanks to its commitment towards CIVITAS, great improvements have been achieved not only in Nantes Métropole but also in other numerous French cities.Please proceed to the CIVITAS Hall of Fame for further information about the CIVITAS Awards!