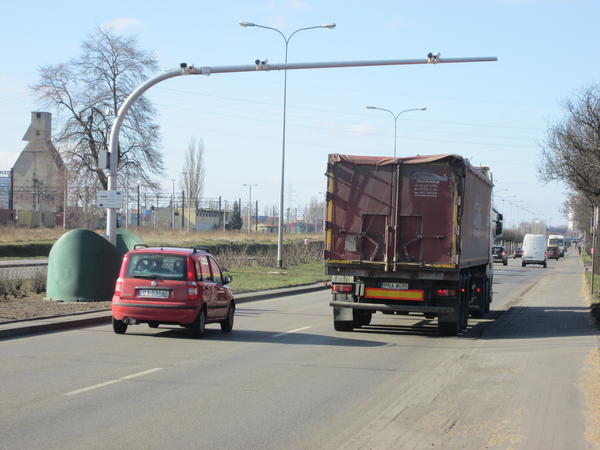 Due to the fact that Gdynia is a port city, the number of lorries, trucks and other heavy weight vehicles on local streets is very high. City of Gdynia has been spending a lot of resources for road maintenance since surfaces were being damaged by vehicles going to and from the port area, but never had the means to make exact measurements of the scale of the problem.

Within DYN@MO the local project partners Gdansk University of Technology and City of Gdynia have developed a pilot system to identify and reduce this problem. At first, experts prepared a study concept of the system which was consulted with local and regional stakeholders. Based on a common agreement, the location of the system was chosen and technical specifications were elaborated. In the next stage, City of Gdynia prepared a tender procedure for dedicated equipment - compilation of video cameras, loops with devices in the road surface and near the street as well as a web application for measurement reading.

The weigh-in-motion system  was installed at the end of 2015 at Janka Wiśniewskiego Street which is one of the most important roads to the port area. The system has been integrated with the regional Tri-City Traffic Management System TRISTAR and therefore doesn’t require vehicles to stop since the measurement of vehicles’ weight is done in normal traffic flow. The traffic operators of the TRISTAR management center receive alerts when vehicles exceed the speed limit or are too heavy. After the testing period of the system function the system will be calibrated.

Now, when City of Gdynia has been able to collect statistics, it’s possible to assess the scale of the problem with overloaded vehicles on streets and how many are breaking the law and damage the roads surface. Moreover, after the testing period and calibration process, institutions which are responsible for road safety (Police and Main Inspectorate of Road Transport) will get the entitlement to identify drivers of overloaded vehicles and enforce the truck traffic legislation more effectively. 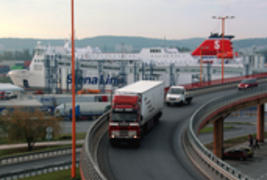